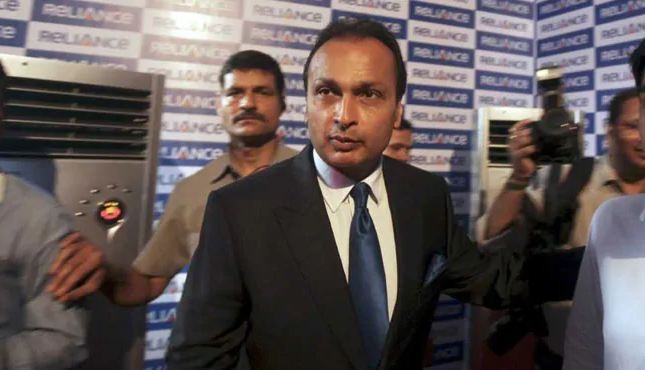 State-owned China Development Bank, with loans worth Rs. 9,860 crore ($1.4 billion) was the biggest creditor to the indebted telecom company, according to a filing made by the Indian company to stock exchanges. Exim Bank of China sought payment of Rs. 3,360 crore, while Industrial and Commercial Bank of China claimed Rs. 1,554 crore, according to the filing.

India's bankruptcy court is hearing lenders, and the former billionaire's telecom firm as it attempts to find buyers for the company's assets and pay debt. Anil Ambani's older sibling and Asia's richest man Mukesh Ambani's Reliance Jio Infocomm Ltd. had earlier offered to purchase RCom's assets in a Rs. 17,300-crore deal, which would have helped partly pay off lenders. The deal fell through after encountering regulatory hurdles.

Mukesh Ambani had in March helped his younger brother avert the risk of being jailed by making an $80 million payment on his behalf to the local unit of Ericsson AB for past maintenance services.

Following is a list of Reliance Communication's top seven lenders as of June 13. Chinese banks account for about one-fourth of the total claims.

Investment bank VTB Capital of Russia has also featured in the list with a claim of Rs. 511 crore while Standard Chartered Bank (London), Deutsche Bank (Hong Kong), DBS Bank and Emirates NBD Bank are among other foreign institutions in the financial creditors chart.