News / Congress will not insist on Prime Minister’s post: Azad 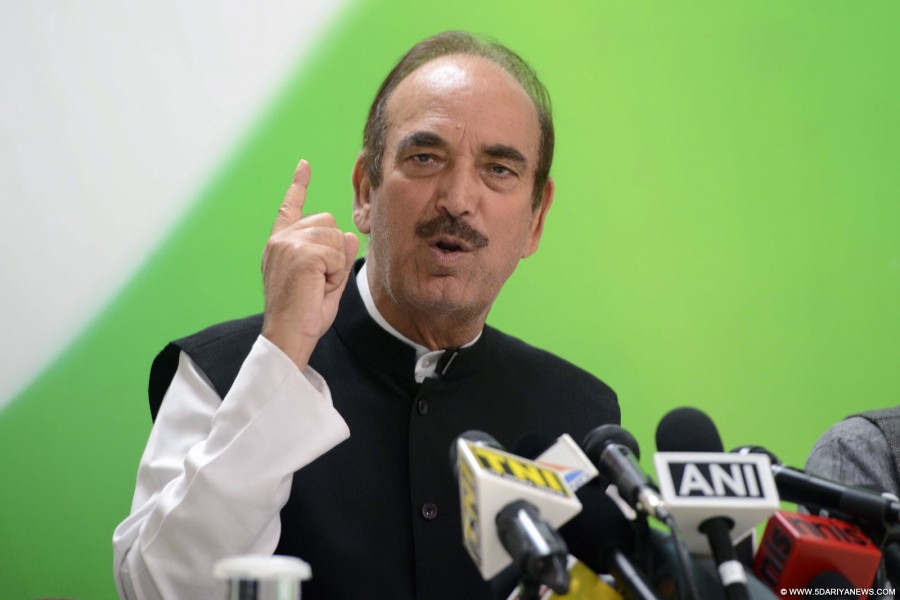 The Congress has said it is not averse to offering the post of prime minister to the leader of a regional party.

This comes amid reports that the party's former chief, Sonia Gandhi, has reached out to potential allies for a meet on May 23 to discuss government formation in case of a hung verdict.

“My party high command has already made it clear that the Congress is not averse to making a leader from any regional party the prime minister,” Leader of the Opposition in the Rajya Sabha Ghulam Nabi Azad told reporters at the Congress office in Shimla on Thursday.

Barely 24 hours ago, Mr. Azad said in Patna that the Congress “will not make an issue” if the prime minister’s post is not offered to the party.

“We are in the last phase of elections and I can say on the basis of my experience during campaigning across the country that neither the BJP nor the NDA is going to return to power at the Centre. Narendra Modi is also not going to become the prime minister for the second time,” he said.

Apart from Bahujan Samaj Party (BSP) chief Mayawati, Trinamool Congress president Mamata Banerjee is also the front runner for the prime minister post. She has been in touch with Telangana Chief Minister and Telangana Rashtra Samithi (TRS) leader K. Chandrasekhar Rao, who too has projected himself as one of the contenders even though the TRS has never been part of any of the Opposition meetings.

The Congress refused to confirm or deny if Ms. Gandhi had ‘formally written’ to regional parties, including non-UPA allies, inviting them for a dinner meet on May 23.

“In absence of first hand information, I will not like to confirm or deny so far,”said Congress’ chief spokesperson Randeep Surjewala, who sought to downplay Mr Azad said about leadership position.

“After 6 phases of polling, it is absolutely clear that the next government will be formed by non-BJP parties including the Congress,"tweeted former Finance Minister P Chidambaram.

Senior Congress leader like Ahmed Patel and Mr Azad are believed to be working on a plan to reach out to BSP chief Mayawati, Samajwadi party chief Akhilesh Yadav, who have shunned publicly shunned Congress overtures in the past.

Madhya Pradesh Chief Minister Kamal Nath too is reported to have got in touch with Biju Janata Dal (BJD) chief and Odisha CM, Naveen Patnaik, who is his personal friend.

“As of now, there is a no formal invite from anyone. Chandra Babu Naidu ji [Andhra Pradesh Chief Minister] tried for a meeting on May 21 but most believe numbers will decide our next course of action,”said a senior Opposition leader.