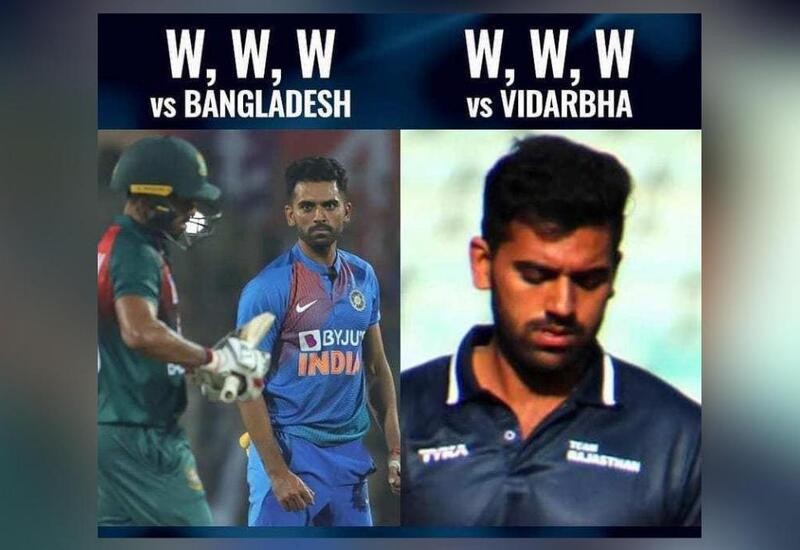 Deepak Chahar is on a roll. After claiming a hat-trick on Sunday in the third and final T20I against Bangladesh, the Indian seamer hit the purple patch yet again on Tuesday.

In the ongoing Syed Mushtaq Ali Trophy, the 27-year-old continued his fine form as he claimed another hat-trick.

In the rain-hit contest between Rajasthan and Vidarbha, Chahar scalped four wickets to restrict the latter on 99/9 in 13 overs at the Greenfield International Stadium in Thiruvananthapuram.

The right-arm seamer dismantled Vidarbha’s lower order to complete his hattrick in the final over of the innings. He removed Darshan Nalkande on the fourth delivery and bowled an extra (possibly a wide ball in the consecutive delivery.)

However, in the final two balls of the innings, Chahar removed Shrikant Wagh and Akshay Wadkar, while ending his spell with clinical figures. The 27-year-old gave just 18 runs in his three overs.

Earlier on Sunday, Chahar guided India to a brilliant 30-run win over Bangladesh to help the Men In Blue wrap the three-match series 2-1. Chahar eventually ended up with the figures of 6/7 – the best figures recorded in T20I history.

In the match on Sunday, Chahar removed Aminul Islam, Shafiul Islam, and Mustafizur Rahman to complete his maiden hat-trick.

In the course, he also became the first Indian to complete a hat-trick in T20Is and also broke Sri Lanka’s Ajantha Mendis record of 6/8 to achieve the best figures in the shortest format of the game. 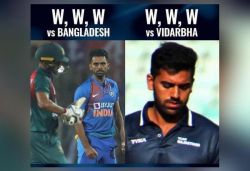