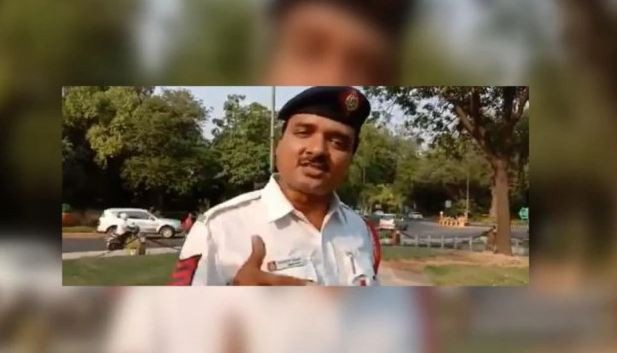 Ranveer Singh, we hope you're reading this. A cop rapping his own version of Apna Time Aayega - the song from Ranveer's February release Gully Boy - is making Twitter really happy. The 42-second clip features the cop, singing Apna Time Aayega - with his own set of lyrics to promote an important message on road safety.

He has been identified as Sandeep Sahi - a traffic cop from the Delhi Police. After losing his wife to death due to an accident, Sahi has been spreading his message on road safety. Through his song in the video, he requests citizens to wear helmets and seatbelts while travelling and refrain from breaking traffic rules.

"Tera time aayega," he warns so as to alert those who drink and drive or indulge in reckless driving. After the song, the cop appeals to citizens to abide by traffic rules and ensure their safety."Jai Hind, Jai Bharat," he says while signing off.

10 on 10 to this cop for his rapping skills and as far as the thought behind it is concerned, we are thoroughly impressed.

The internet, meanwhile, is celebrating the cop as words such as "super", "talented," "responsible" and "incredible" were used to describe him. "We need more of such cops," said one user while another posted a comment that read: "Salute".