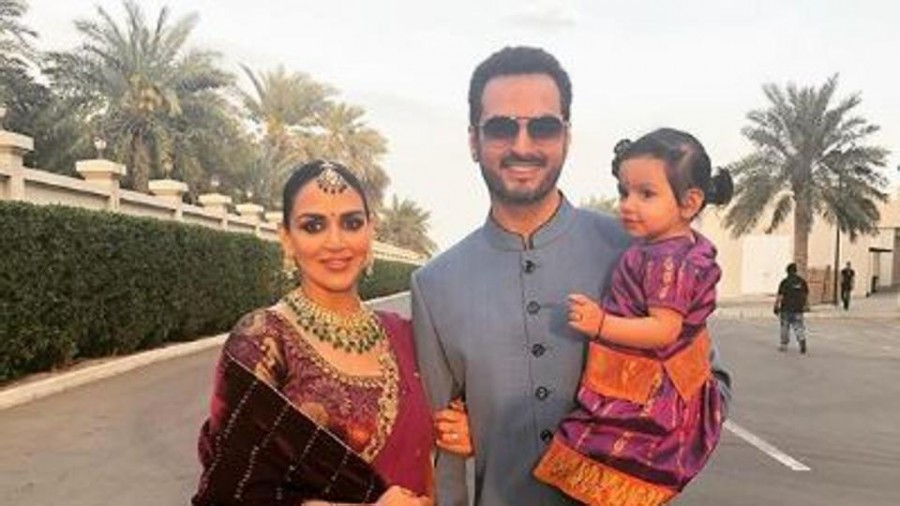 Actor Esha Deol has announced the birth of her second daughter with husband Bharat Takhtani. The couple has named the baby Miraya. They already have a two-year-old daughter, Radhya.

Taking to Instagram on Tuesday, Esha wrote alongside a colourful e-card, “Thank you very much for the love & blessings.” The picture reads, “Welcome to our tribe, baby girl Miraya Takhtani,” and notes the child’s birthday as June 10, 2019. Congratulatory messages began coming in for her parents Hema Malini and Dharmendra on social media.

At the bottom corner of the picture, the couple called itself as ‘proud parents’ and Radhya as the ‘big sister’. Esha had earlier announced her pregnancy via an Instagram post. In January, she wrote alongside a picture of Radhya, “I’m being promoted to big sister.”

Esha had announced Radhya’s name in a similar manner, saying in a statement, “We are very happy to announce that our daughter will be named as Radhya Takhtani. The name has been jointly decided by Esha and me.”

Esha’s latest post has already received reactions from her industry colleagues and fans. “Heartiest Congratulations,” wrote Aarti Chhabria. “Congratulations, God bless,” wrote a fan. “May god protect your family and you,” wrote another.

Esha is the daughter of actors Hema Malini and Dharmendra. She is half-sister to actors Bobby and Sunny Deol, and cousin to actor Abhay Deol. Her last screen appearance was in the short film, Cakewalk. She also took part in the 2015 season of MTV Roadies as a ‘gang leader’.