Sports / India vs Australia: MS Dhoni to be rested for last two ODIs 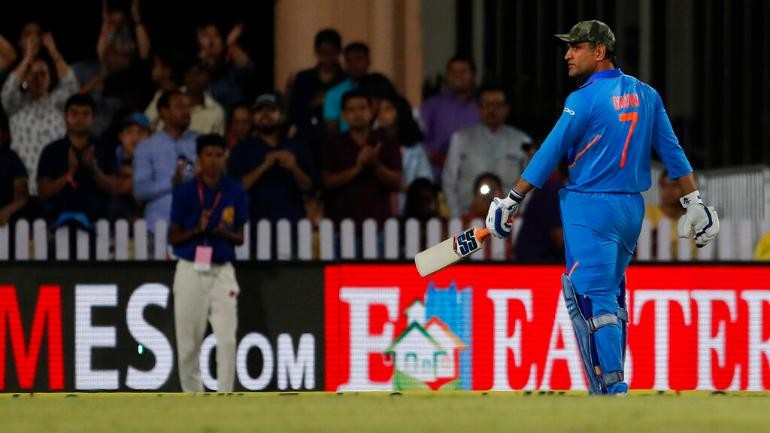 Speaking after India's 32-run defeat in Ranchi, India batting coach Sanjay Bangar confirmed MS Dhoni would be rested for the last two ODIs of the ongoing five-match series at home. In 3 matches in the series so far, Dhoni has scored 59 not out, 0 and 26. Dhoni's absence will give India an opportunity to test Rishabh Pant. MS Dhoni as the superstar of Indian cricket returned home for the third ODI.

The focus was on MS Dhoni as the superstar of Indian cricket returned home for the third ODI. Dhoni shone with his glovework by coming up with a moment of brilliance to run Glenn Maxwell out during Australia's innings. However, the Ranchi hero failed with the bat, managing just 26 runs off 42 balls in India's unsuccessful chase of 314 at his home ground.

Much to the disappointment of the passionate fans at the JSCA Stadium, Dhoni was cleaned up Adam Zampa after he had stitched a 59-run stand with centurion and captain Virat Kohli for the fourth wicket.

Dhoni had hit a match-winning half-century in the first ODI of the ongoing series which was also his fourth straight fifty against Australia in the 50-over format of the game. He was dismissed for 0 in India's eight-run win the second ODI.