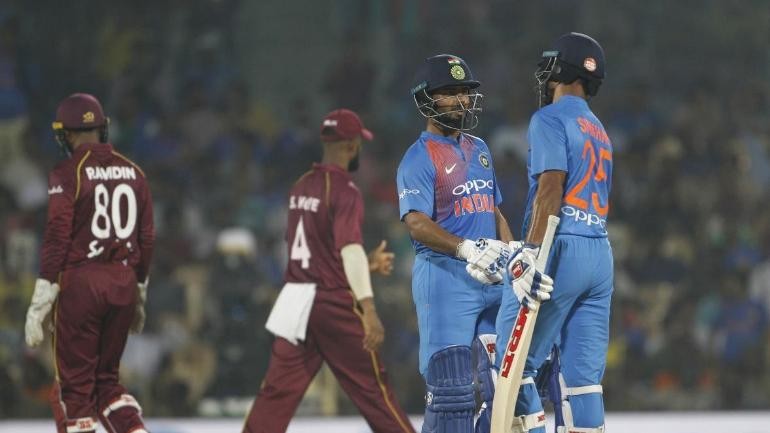 Shikhar Dhawan backed Rishabh Pant to grab his opportunities in the T20I series against New Zealand which begins in Wellington on Wednesday. Pant had returned home to play for India A after scoring 350 runs in four Tests against Australia. Rishabh Pant did not feature in the ODI series against Australia and New Zealand as the team management wanted him to hone his finishing skills.

Chief selector MSK Prasad had said Rishabh Pant was in the radar for the 2019 World Cup which starts in England in a few months. MS Dhoni's return to form and the emergence of Ambati Rayudu, Kedar Jadhav as middle order options along with Hardik Pandya's return is likely to pile up the pressure for Pant.

For a short while, it looked like Rishabh Pant was prone to throwing his wicket away by playing rash shots. However, he improved his game as the Test series in Australia progressed and he signed off with his Test best score of 159 not out - with both bat and gloves, Rishabh Pant made significant contributions as India won a historic Test series Down Under.

Shikhar Dhawan, one of India's famed top-three in limited overs cricket and the second highest run-scorer in the ODI series against New Zealand, said Pant continued to be a great asset for the Indian team.

"Pant is an aggressive batsman and he can take the game away from the opposition in a very short time. He is great asset for our team and I am sure he will avail this opportunity with both hands," Dhawan said in a press conference on the eve of the first T20I.

Having won the ODI series in New Zealand, Dhawan said India's focus was on winning the T20I series.

"We will look to win the T20I series. We did well in the ODIs and we will look to finish the tour on a high and it's always good to get wins under your belt and you feel you want to take that momentum back home. We will next play Australia and we'd like to go with the winning momentum," he said.