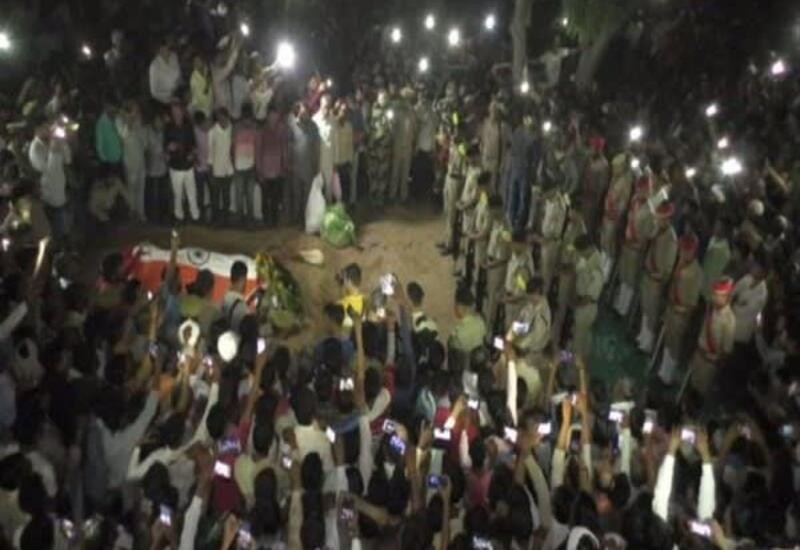 BSF Head Constable Vijay Bhan Singh, who was killed earlier this week in the firing from Border Guards Bangladesh (BGB) troops along the India-Bangladesh border in West Bengal's Murshidabad district, was cremated with full state honours at his native village Chamrauli here on Saturday.

The soldier's body was cremated late after sunset which forced villagers to use the flashlight of their mobile phones to perform the last rites.

"We received Vijay Bhan Singh at his home at around 5 pm. That is why cremation got late," District Magistrate Chandra Vijay Singh told reporters here.

He said that another reason why cremation got delayed because Singh's family was saying that they will not allow his cremation unless the administration promises to fulfil the demands.

"The administration has given financial assistance to his family. Rs 25 lakh has been deposited into his family's bank account. Singh's wife has also demanded that a park should be made in the name of the BSF jawan in the area where he was cremated. She also demanded a government school in the area to be named after Singh. We have assured that all demands will be fulfilled," DM Vijay Singh said.

Vijay, who hails from Firozabad's Chamrauli village, had joined the BSF in 1990. He is survived by his wife and two sons.

On Thursday, the BGB troops opened fire on the BSF party killing the constable and injuring another when the party was trying to trace an Indian fisherman along the India-Bangladesh border.

According to the BSF, three Indian fishermen had gone for fishing in River Padma in the border area on Thursday morning.

"Two fishermen returned and approached the BSF post at Kakmarichar and said that the Border Guard Bangladesh (BGB) apprehended them all. They, however, released two of them in order to call BSF post-commander for a flag meeting," BSF said.

"Around 10:30 am, the Post Commander along with five troopers in the BSF boat approached the BGB patrol in the water channel of River Padma near the boundary. During the flag meeting, the BGB patrol did not release the Indian fisherman and also tried to cordon (gherao) the BSF troops," BSF added.

Sensing the situation worsening, the BSF party immediately returned following which the BGB troops opened fire on them. 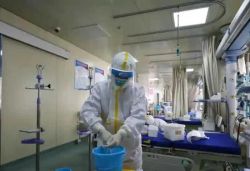 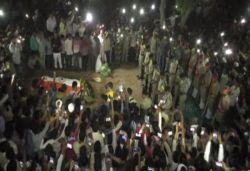