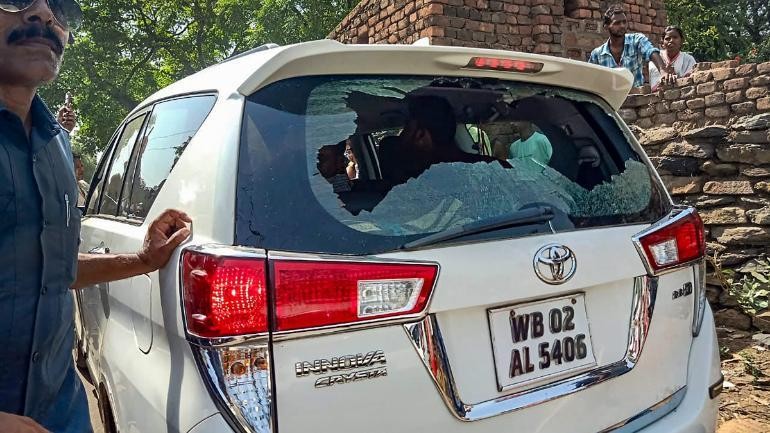 During voting in West Bengal, the Election Commission of India has now decided to replace state police personnel with central forces inside all polling booths where voting will be held for the fifth phase of the 2019 Lok Sabha election. Seven Lok Sabha seats will go to polls in the fifth phase that is scheduled on May 6. They will be deployed inside all polling booths in West Bengal for Phase 5 of the 2019 Lok Sabha.

Special police observer for West Bengal Vivek Dubey said a total of 578 companies of Central Armed Police Forces (CAPF) are being mobilised for this. They will be deployed inside all polling booths in West Bengal for Phase 5 of the 2019 Lok Sabha election.

The role of the state police will be limited to manning areas outside the polling booths.

Seven Lok Sabha seats will go to polls in the fifth phase that is scheduled on May 6.

State police will, however, be engaged in other poll booth-related duties like ensuring voters are lined up in queues and law and order is maintained outside polling booths.

Besides this, 142 Quick Response Teams (QRT) of the central forces will be on standby to reach any place where there is a disruption of law and order in West Bengal.Incidents of bombing and clashes between TMC and BJP supporters were reported in the fourth phase of polling for eight Lok Sabha seats of West Bengal on Monday. Clashes broke out between supporters of rival parties in Nanoor, Rampurhat, Nalhati and Suri areas of Birbhum seat, leaving several people injured.

In Barabani, BJP candidate from Asansol and Union minister Babul Supriyo's vehicle was vandalised allegedly by TMC workers outside a polling station, while in Dubrajpur area central security forces personnel reportedly opened fire in the air to disperse irate people who attacked them when they were barred from entering the booths with mobile phones.

West Bengal Chief Minister Mamata Banerjee alleged central forces opened fire inside a polling booth in Birbhum. She claimed the BJP had "misused" the central forces to rig the elections.

News agency PTI reported that an EC official said that voters fled a polling station at Jemua in Bardhhaman-Durgapur constituency, where BJP leader SS Ahluwalia is in the fray, after being threatened by some people.