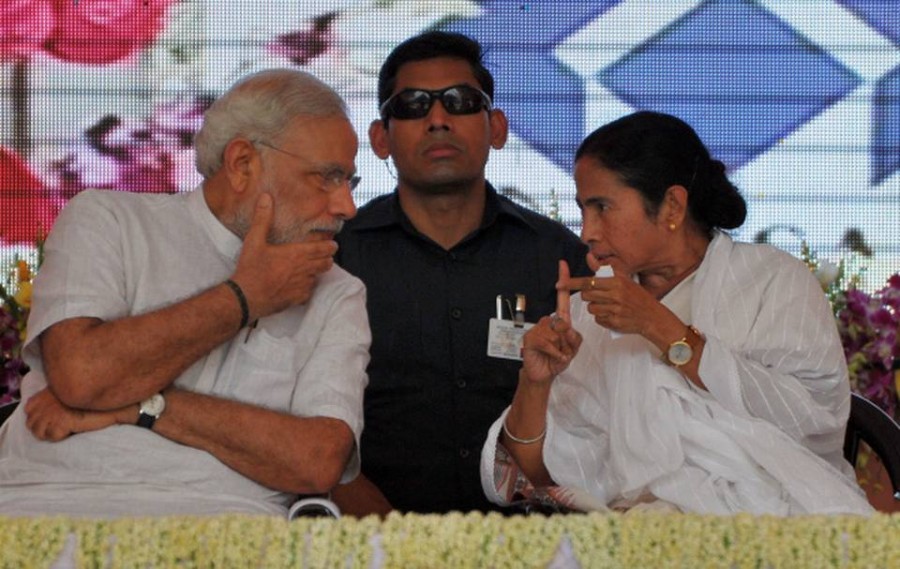 In 2014, West Bengal Chief Minister Mamata Banerjee did not attend Prime Minister Narendra Modi’s swearing-in ceremony, but on Thursday she will.

Ms. Banerjee told journalists here on Tuesday that she would try to attend the ceremony as “constitutional duty and courtesy”.

The Chief Minister, who is one of the most vocal critics of Mr. Modi, said she spoke to a couple of other Chief Ministers and decided to attend the swearing-in. TMC leaders however do not think that Ms Banerjee's decision to attend the event is an indication of her softening of stance.

"We will continue to play an Opposition party's role and question the government following House norms," said a TMC MP.

Downplaying the exit of three MLAs and dozens of councillors from three municipalities in West Bengal, the Trinamool Congress leadership on Tuesday described it as a “temporary phase in politics”. TMC leaders addressed a press conference in Kolkata.

Among the MLAs who joined the BJP on Tuesday were BJP leader Mukul Roy's son Subhrangshu, elected from Bijpur on a TMC ticket; Tushar Kanti Bhattacharya from Bishnupur, who won the polls in 2016 on a Congress ticket and later switched to TMC; and Debendra Roy, an MLA of Communist Party of India (Marxist) from Hemtabad. All MLAs are from south Bengal.

Besides, more than 50 councillors of TMC left the party to join the BJP in three municipalities of Kancharapra, Halishar and Naihati in south Bengal, where Mukul Roy grew up and started his political career. The desertion put the BJP in the driver’s seat in the three civic bodies in State’s North 24 Paraganas district.

Meanwhile, a number of councillors in Bhatpara municipality also joined the BJP, making the balance tilt in favour of the saffron party. Arjun Singh, the TMC leader who joined the BJP shortly before the Lok Sabha elections, orchestrated the desertion in Bhatpara, where he was the municipality chairperson till recently. Elections to civic bodies in the State are scheduled in 2020, a year before the State Assembly goes to polls.

“This is no crisis at all. I refused to call it a crisis when some opportunists have switched sides. We are keeping an eye on the situation,” Tapas Roy, TMC leader and chief whip of the party in the State Assembly, said. Senior TMC leaders including former minister Madan Mitra and North 24 Parganas district party president Jyotipriya Mullick attended the press conference and said a number of party offices of the district have been occupied by the BJP, which the party is trying to recover.

“People of West Bengal are firmly with Mamata Banerjee. Today, only 2 of our 221 MLAs went to the BJP. One of them is the son [of Mukul Roy], a step in the right direction for BJP to encourage dynastic politics,” a tweet from the official Twitter handle of the TMC said.