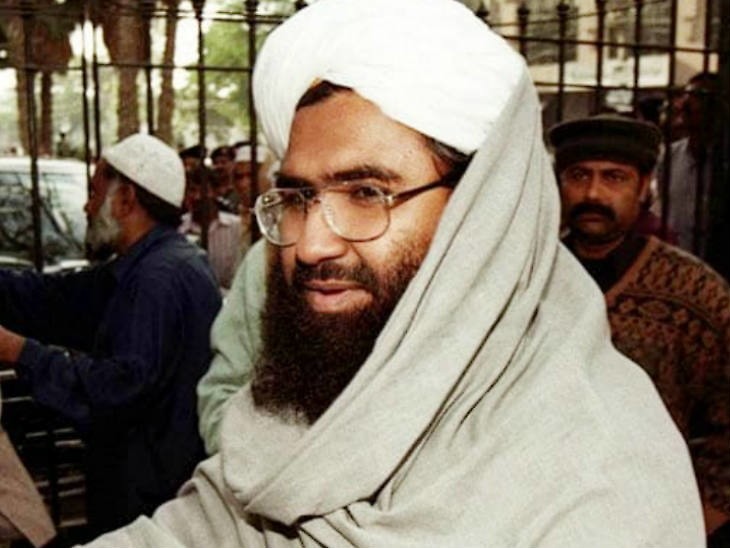 Terror mastermind Masood Azhar had undertaken a month-long sojourn to England to collect funds for militants operating in Jammu and Kashmir and received Rs 15 lakh (Pakistani currency), though he got a “very poor” response while travelling to Sharjah and Saudi Arabia before arriving in India in 1994.

Azhar, the founder of Jaish-e-Mohammad, responsible for a series of terror strikes in India including the attack on Parliament in 2001 and a CRPF convoy in Pulwama last month, had procured a Pakistani passport in his real name and original address in 1986 and had extensively toured African and Gulf countries where he realised that the Arab nations were not sympathetic to the “Kashmir cause”.

According to Azhar’s interrogation report available with security agencies here, he had visited the UK in October 1992. Mufti Simail, a cleric at a mosque at Southall in London, had facilitated his travel. Originally from Gujarat, Simail had studied at Darul-Ifta-Wal-Irshad in Karachi.

“I stayed with Mufti Ismail in the UK for about a month and visited several mosques in Birmingham, Nottingham, Burleigh, Sheffield, Dudsbury and Leicester where I sought financial assistance for Kashmir (militants). I could collect Rs 15 lakh (Pakistani currency),” he told his interrogators.

The terror mastermind also met other Muslim leaders in the UK including Maulana Iamail, who was also of Indian origin and had been engaged in the construction of mosques and madrasas in Mangolia and Albania.

In the early 1990s, Azhar had visited Saudi Arabia, Abu Dhabi, Sharjah, Kenya, Zambia and collected funds for the terrorists operating in Jammu and Kashmir.

Azhar had also visited Saudi Arabia for fund collection and contacted two main agencies in the country handling such aid but without success. One of them is Jamiat-ul-Islah, which is an ally of Jamaat-e-Islami.

“Since Hizbul Mujahideen owed allegiance to Jamat, we were politely refused any aid. The Arab nations as such do not want to give aid for the Kashmir cause,” he told the interrogators.

In Abu Dhabi, Azhar could collect Rs 3 lakh in Pakistani currency, another Rs 3 lakh in Sharjah and Rs 2 lakh in Saudi Arabia on his second visit. Azhar arrived in New Delhi in January 1994 with a fake Portuguese passport.

The Ashok hotel in Delhi’s posh Chanakyapuri area, which houses the diplomatic enclave, was the first stop of Azhar, who dodged immigration officials’ queries about his Portuguese passport by claiming he was a “Gujarati by birth”.

The Pakistan-based terrorist, who was arrested in Jammu and Kashmir within the next two weeks, had also stayed in capital’s hotel Janpath and visited Lucknow, Shahranpur and Islamic seminary Darul-uloom Deoband, according to his interrogation report.

“I spent two days in Dhaka and thereafter travelled to Delhi by Bangladesh Airlines (Biman), reaching the IGI Airport in the early hours of January 29, 1994. The immigration officials at the IGI commented that I did not look like a Portuguese but when I replied that I was a Gujarati by birth, he did not hesitate to stamp my passport.

“I hired a taxi and asked (the driver) for a good hotel. I was taken to the Ashok hotel in Chanakyapuri where I stayed,” the interrogation report read. After arriving in the national capital, Azhar went to Darul-Uloom Deoband, Gungoh and then Saharanpur before returning to New Delhi two days later.

On reaching Delhi, Azhar stayed at hotel Janpath located near Connaught Place. Since his flight to Srinagar was booked for February 9, he decided to visit one Maulana Abu Hassan Nadvi alias Ali Mian at his madrassa in Lucknow.

Azhar reached Srinagar on February 9, 1994, where he stayed at the Madrasa Qasmian in Lal Bazar. Later in the evening, a militant, Sajjad Afghani, came to meet him along with his deputy Amjad Bilal of Harkat-ul-Jihad al-Islami.

The next morning, on February 10, he was escorted by Afghani to a place called Matigund where all Pakistan/PoK-based terrorists had gathered.

“They (the terrorists) were happy about my visit and merger of Harkat-ul-Mujahideen and Harkat-ul-Jihad al-Islami. I had taken their addresses and letters so that I could communicate their welfare to their families after returning to Pakistan,” he had told the interrogators.

While returning from Matigund, accompanied by Afghani and one Farooq, a militant of Matigund area, who was armed and had a wireless set, the car developed some trouble and stopped.

Azhar and his accomplice boarded a three-wheeler and proceeded to Anantnag. After travelling for about 2-3 km, the auto rickshaw was stopped by Army personnel, according to the report.

“Farooq started running and opened fire which was returned by the Army men. Farooq managed to escape but I along with Afghani was arrested,” he told the interrogators.