Zoom News : Oct 03, 2021, 06:40 PM
In Lakhimpur, Uttar Pradesh, Union Minister of State for Home Ajay Mishra's son rammed a car on farmers. 5 farmers have died in this incident. Out of these, 2 died after being crushed by the vehicle, while 3 died due to overturning of the vehicle. Eight farmers have also been reported injured in the incident. After this incident, angry farmers set two vehicles, including the car of the minister's son, on fire.Two policemen, including a woman constable, were injured while trying to stop the minister's son Abhishek's car. Here, on getting information about the incident, Chief Minister Yogi has sent ADG Law and Order Prashant Kumar to Lakhimpur. Range IG Laxmi Singh has also left for Lakhimpur from Lucknow. Here, BKU spokesperson Rakesh Tikait has also left for Lakhimpur Kheri from Ghazipur border.Violence erupted after farmers were hit by a car 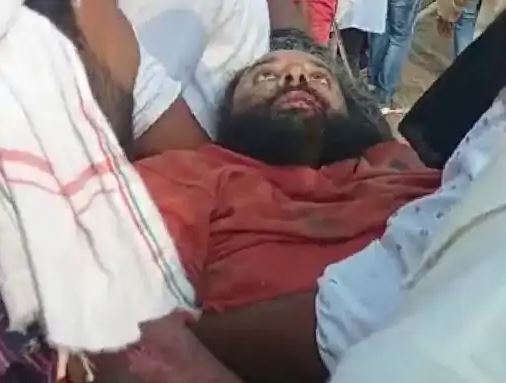 According to the information, Union Minister of State for Home Ajay Mishra and UP Deputy CM Keshav Maurya had reached Lakhimpur Kheri for a program. When this information came to the farmers opposing the agricultural laws, they reached the helipad. The farmers had captured the helipad only at 8 am on Sunday.After this, at around 2.45 pm, Mishra and Maurya's convoy passed through the Tikoniya intersection by road, when the farmers ran to show them black flags. Meanwhile, Ajay Mishra's son Abhishek, who was in the convoy, rammed his car on the farmers. Seeing this the farmers got angry. They set fire to two vehicles including Abhishek Mishra's car. 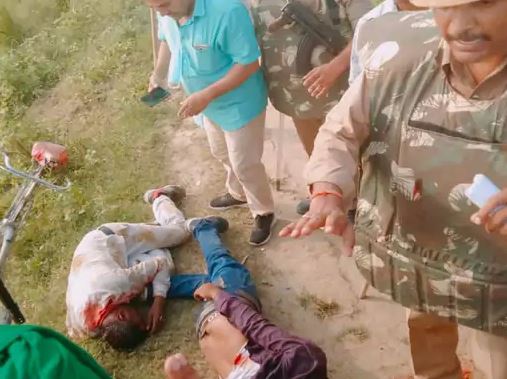 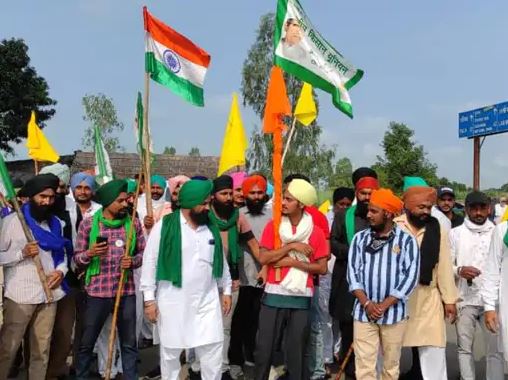 Actually, Ajay Mishra and Keshav Maurya had reached Lakhimpur district headquarters by road from Lucknow after getting information about the capture of the helipad. After launching the schemes here, Deputy CM Keshav Prasad Maurya and Union Minister of State were going to Banwari village by car instead of helicopter. Banwari village is the ancestral village of Ajay Mishra. Here the wrestling competition was to begin. The administration had already alerted about the tension near Banwari village.Actually, farmers are hurt by a statement given by Ajay Mishra Teni a week ago. Farmers say that after becoming a minister, Ajay Mishra had said that if we have come on our own, what can we do? Everyone knows this. Ajay Mishra made this statement after showing black flags on behalf of the farmers.Ajay Mishra had said – improve or else you will improve 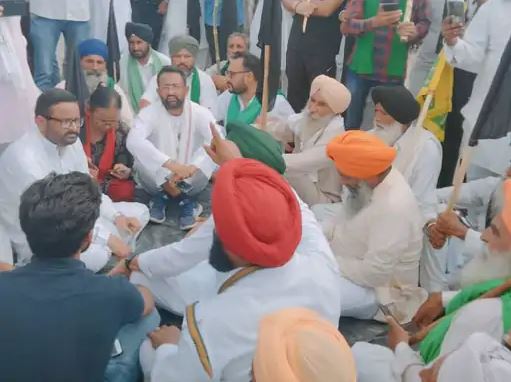 In fact, on September 26, farmers had shown black flags to Union Minister of State Ajay Mishra in the Sampoornanagar area of ​​Lakhimpur. Mishra was on his way to address a public meeting. Referring to his own protest in the public meeting, he threatened the farmers from the stage. It was said that the leaders of the farmers i.e. the people of United Kisan Morcha are not able to face Prime Minister Modi. It's been 10 months since the movement.To those showing black flags, he further said that if we had got down from the car, they would not have got a way to escape. Only 10-15 people are making noise about the agriculture law. If the law is so wrong then by now the movement should spread all over the country. He had said in a threatening tone that get better, otherwise face it, otherwise we will correct it, it will take two minutes. Before becoming an MLA-MP, people must have known about me that I do not run away from the challenge.The gate of the main event venue closedIn view of the uproar of the farmers, the gate of the main program of the Deputy CM was closed. Heavy police force was deployed on the spot. In fact, in view of the danger of showing black flags to Maurya and Union Minister of State Ajay Mishra Teni on behalf of the farmers, the administration had made this arrangement.

Blood On Head / In UP, the craze of the youth took the lives of three, killed seven with a shovel

Siasat side effects / The farmer was returning from the field, the accused were beaten to death, read what is the whole matter

farmer news / There is also 10 rupees in his pocket the salesman insulted the farmer who went to buy SUV brought 10 lakh cash in 30 minutes
Booking.com

Business / Lottery started for gold and silver buyers, there was a sharp drop in prices
Please wait loading