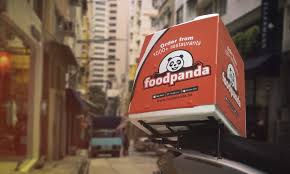 About 18 months after acquiring Foodpanda India, ANI Technologies Pvt. Ltd-owned Ola has suspended the company’s food delivery business, laid off about 40 mid- to entry-level employees and terminated the contracts of most of its 1,500 food delivery executives, four people aware of the development confirmed.

Most of the restaurants on the Foodpanda platform, when accessed through the Ola app, are “unavailable", although an advertisement of one of its in-house brands is still displayed. Foodpanda’s in-house brands or cloud kitchens will continue operations.

Foodpanda was Ola’s second attempt at food delivery. It had launched Ola Café in 2015, but shut it down a year later. The latest development comes at a time when market incumbents Swiggy and Zomato have been pouring money into discounts and expanding their services across cities. On the other hand, Foodpanda has been struggling to grow and compete with Swiggy and Zomato and even UberEats over the last couple of months.

“They (Ola) have realized they can’t burn money like Swiggy and Zomato, which is why they only want to do in-house brands. Over the last few months, Foodpanda has been scaling down its marketplace," one of the people cited earlier said on condition of anonymity. “They have launched a few brands and plan to launch a few more—sort of like Faasos."The idea is to focus on the cloud kitchen business that was launched after Foodpanda acquired Mumbai-based food-tech startup Holachef in October, the second person cited earlier said on condition of anonymity. Currently, Foodpanda owns three private label brands under its cloud kitchen business, including Great Khichdi Experiment and FLRT.

Ola and Foodpanda did not respond to queries sent by Mint till press time.

“In the last two weeks alone, the company (Ola) has dissolved the ground team completely. The core operations team consisting of senior employees is being retained," said the first person cited earlier. “The entry-level employees were given intimation first, followed by the on-ground operations team."

With the suspension of the food delivery business, Ola is currently in talks with delivery players such as Dunzo and Zomato to relist its cloud kitchen brands. Foodpanda would focus only on running the cloud kitchen brands instead of a food delivery business, said the second person aware of Ola’s operations.A focus on in-house brands is a way to achieve higher profit margins. According to food tech analysts, a restaurant aggregator has to split the 40% margins with its restaurant partner. However, in the case of an in-house brand, the company—in this case, Foodpanda—can retain the entire 40% margin, thereby expanding its gain for every order. Even Swiggy runs a few of its in-house brands on the marketplace, including Homely and the Bowl Company.

Founded in 2012 by Ralf Wenzel, Rohit Chadda, Ben Bauer and Felix Plog, Foodpanda has seen three management changes since its inception. Germany’s Rocket Internet, at one time the largest investor in Foodpanda, sold the company, which was operational in more than 40 countries, to rival firm Delivery Hero in December 2016.Foodpanda’s sale to Delivery Hero came after Rocket Internet struggled to make an impact in its India operations, just before it sold its other India investments, including Jabong and FabFurnish in 2016.

Within a year of the company being handed over to Delivery Hero, Foodpanda’s India unit was acquired by Ola for $40-50 million in December 2017. Around the same time, Ola announced plans to infuse around $200 million into Foodpanda.