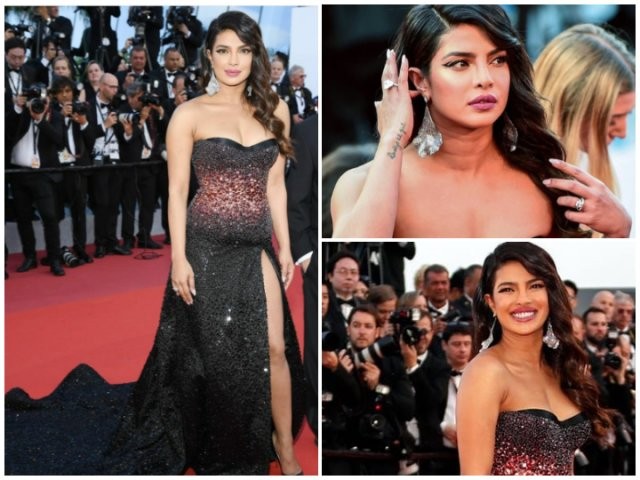 After becoming the talk of the town for her 2019 Met Gala costume, Priyanka Chopra has now made her debut at the red carpet of ongoing 'Cannes Film Festival' in France. The 'Mary Kom' actress stepped out for the 'Rocketman' premiere and made her presence felt at 'Cannes 2019' red carpet. Priyanka Chopra looks effortlessly stylish in a black high leg slit dress and made several heads turn at 'Cannes Film Festival 2019' red carpet.Various pictures of Priyanka Chopra's Cannes 2019 appearance are going viral all over the internet in which the actress is looking gorgeous as ever.