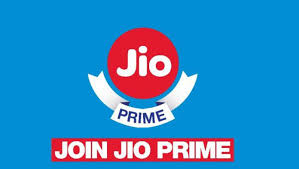 Reliance Jio is back with another freebie in 2019. The telco might have started charging for its data services, but it continues to offer some free stuff even today. Which is why users on the Jio Network with Prime membership are getting one year extension free of cost.

This is a follow up to Jio’s similar promise in 2018, when users on its network where able to get data and other benefits with Jio Prime, without having to pay the additional Rs 99 that the telco charged for its version of Prime membership.

While Jio hasn’t revealed the number of Prime users on its 300 million-plus network, the Prime members are said to be getting 20 to 50 percent more value than other customers.

This offer was first reported by Telecom Talk earlier this month, but Jio is yet to officially confirm the plan to extend Prime membership for free yet again.Jio Prime was first announced during the commercial launch of Jio’s services in the country by Mukesh Ambani. With content-streaming gaining rapid traction and data prices being the most affordable we’ve ever seen, Jio is prepping to dominate the telecom space with its strategy.