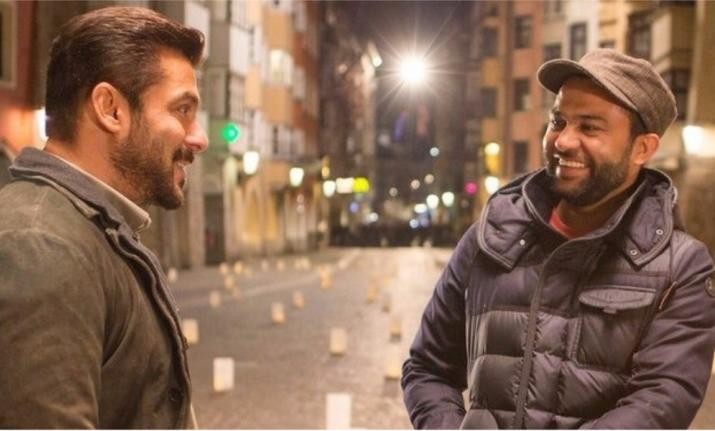 Salman Khan who is gearing up for the release of Bharat is currently busy with the shooting of Dabangg 3. The actor, whose last success was with Tiger Zinda Hai will likely collaborate with his director friend Ali Abbas Zafar again for the third instalment of the hit franchise. Zafar has already cracked the idea for the third instalment and believes that the story has the potential to turn out into a great film. While the first instalment of the franchise, Ek Tha Tiger was helmed by Kabir Khan while the second, Tiger Zinda Hai, was directed by Ali. Both the films featured superstar Salman Khan alongside Katrina Kaif.

Talking about the reunion of Tiger Zinda Hai team, the director said that he will start thinking on the project once Bharat hit the theatres. "I will wait for Bharat to release first. But I've discussed the idea with Salman and Aditya Chopra both. I think there is a great film there in the story,'' he said.

Speaking further about the franchise, Ali Abbas Zafar said, "It has always been important for me to find the story first. So I am extremely happy and kicked with the story I've found for 'Tiger'. It'll take the instalment forward and will be synonymous with what the franchise has been doing''.

On a related note, Bharat starring Salman along with Katrina Kaif, Tabu, Disha Patani and Sunil Groveris the remake of 2014 Korean drama Ode to my Father. Makers have already released two songs of the film- Slow Motion and Chaasni. While in the first song, Salman can be seen grooving with Disha, the second song is basically a romantic track.

Having said that fans were disappointed with Tabu's absence from Bharat trailer. On this, Ali Abbas Zafar told Cineblitz, "We wanted to do justice to her character, which won't be possible in a few seconds in the trailer. But it is something to watch out for." Zafar promised fans that they will be delighted to see Tabu in the film as her character is quite important to the story. "When it will be unveiled, it will definitely be a treat for everyone,'' he said. The movie is scheduled to release on June 5.