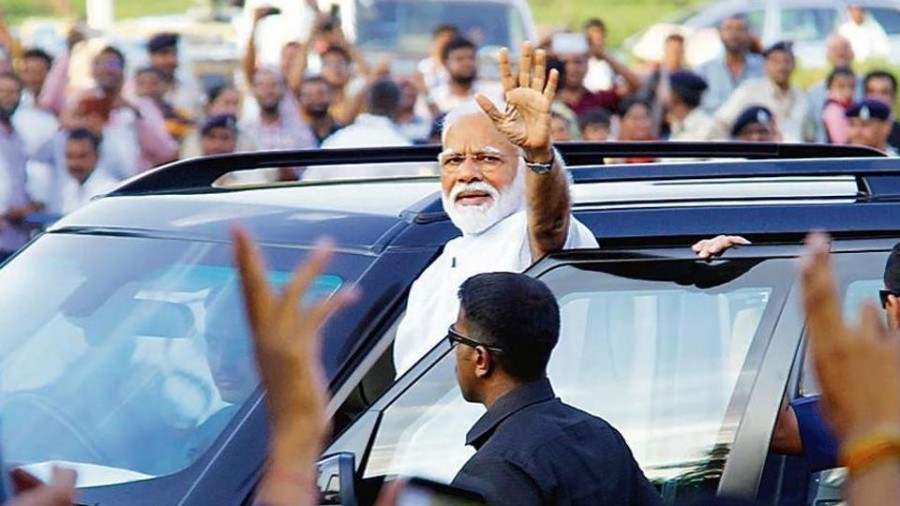 Prime Minister Narendra Modi is expected to hold bilateral meetings with leaders of the US and China in September and October respectively, with security, trade and unresolved issues in relations with both countries expected to top the agenda.

Modi is expected to hold a bilateral meeting with US President Donald Trump in September, people familiar with the matter said.

Dates for the meeting, which is expected to be held around the time of the UN General Assembly session, are being discussed through diplomatic channels, the people added.

When Trump called Modi to congratulate him on the Bharatiya Janata Party’s (BJP) electoral victory, the two leaders also agreed to meet on the margins of the G20 Summit to be held in the Japanese city of Osaka on June 28-29.

Chinese President Xi Jinping is expected to visit India for his second informal summit with Modi on October 11, people familiar with development in New Delhi and Beijing said.

The meet is expected to take forward the momentum created by the first informal summit at Wuhan in April last year.

Long before the informal summit, Modi and Xi will also meet on the margins of the Shanghai Cooperation Organisation (SCO) Summit in the Kyrgyzstan capital of Bishkek during June 13-14, the people quoted above said. This meeting will allow the two leaders to review recent developments in bilateral relations and key issues such as the impact of the US-China trade war, the people added.

Though the two sides have agreed on October 11 for the second informal summit, there is still a possibility that the date could be advanced if the two leaders decide to do so in order to take forward the momentum created by the Wuhan Summit, the people said.

For now, the external affairs ministry is focused on choosing an appropriate venue for the informal summit. The thinking in official quarters in New Delhi is that the venue should reflect India’s long civilisational history and culture, and also allow the two leaders to spend time together for one-to-one talks, just as they had done in Wuhan.

If Modi takes up Russian President Vladimir Putin’s invitation to be the chief guest at the Eastern Economic Forum to be held in Vladivostok during September 4-6, the Indian premier will meet the top leaders of the three great powers within the space of two months, an official said.

Recent irritants in trade relations, such the US decision to withdraw benefits under the Generalized System of Preferences (GPS) programme, the ending of exemptions to sanctions on Iranian oil exports to India and the US demand for access to Indian markets for dairy products and medical devices, are expected to figure prominently in the meeting between the leaders of India and the US.

Security and defence ties have grown rapidly in recent years and India is eyeing the possibility of acquiring the Predator B or MQ-9 Reaper armed drone from the US, the people said. The meeting will also allow the two sides to discuss their respective approaches to and policies for the Indo-Pacific region, the people added.

The second India-China informal summit, coming after bilateral ties received a boost following Beijing’s decision to withdraw its technical hold on the designation of Pakistan-based Jaish-e-Mohammed chief Masood Azhar as a global terrorist, will give the two sides an opportunity to discuss key issues such as India’s trade deficit of more than $50 billion with China and market access.

The Chinese side is expected to raise its concerns such as the border dispute, India’s opposition to its Belt and Road Initiative and the Dalai Lama and also seek clarity on India’s stance on the Indo-Pacific and the Quad. The Indian side is expected to raise China’s opposition to the country’s membership of the Nuclear Suppliers Group and ways to take forward the current positive spirit in bilateral ties.