Zoom News : Jul 30, 2022, 07:42 PM
Government of Rajasthan: Candidates preparing for competition for government jobs will now get two years relaxation in upper age limit. Chief Minister Ashok Gehlot has announced a relaxation of two years for government recruitments due to Corona, citing no examinations for two years. It has been decided to give this relaxation in all the competitive examinations coming in the state.At the foundation-laying ceremony of development works in Hindauli, Bundi, CM Gehlot said that the families of those who died in Kedarnath accident in 2013 and those who were missing will also be given jobs.Gehlot also tweeted about both the announcements after the meeting. Gehlot said that due to Kovid, competitive examinations for jobs could not be conducted on time for two years. Therefore, in the next examinations, candidates will get two years relaxation in upper age limit.511 families also got jobs 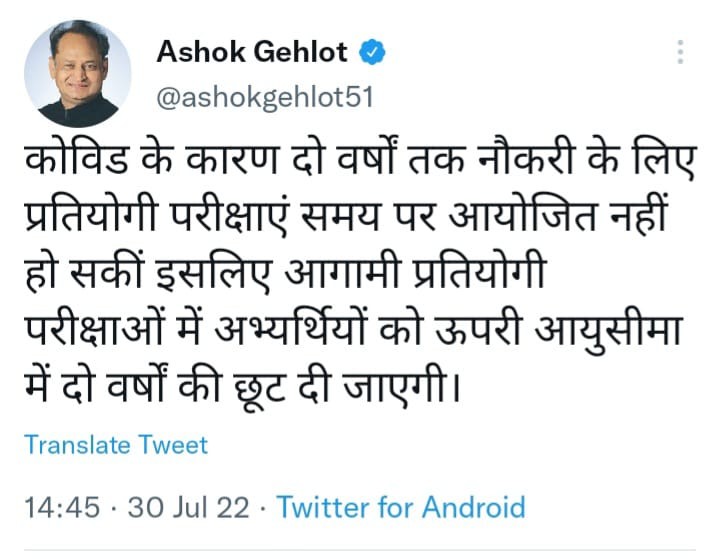 Gehlot wrote – Government jobs will be given to the families of those who lost their lives and went missing in the Kedarnath tragedy of 2013. There are 511 such people of Rajasthan. Now one person from those afflicted families will be given a government job according to his/her merit. It will be given the job by giving the benefit of compassionate category. It gives relaxation in qualifications. 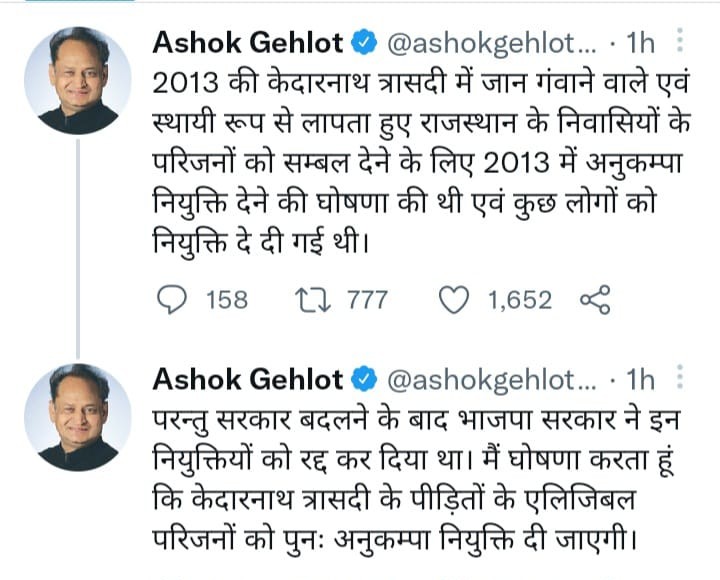 BJP government had canceled the decisionCM said- In the year 2013, in order to support the people of Rajasthan who died in Kedarnath accident and missing, it was announced to give compassionate appointment in 2013. Some people were appointed. After the change of government, the BJP government canceled these appointments.

CAPF Jobs / More than one lakh posts vacant in paramilitary forces, see where are the job opportunities

National News / Out of 40 lakh posts sanctioned for central jobs, 8.72 lakh are vacant, know where how many vacancies

UP / Yogi government will make family card for all people, preparing to give employment to one member