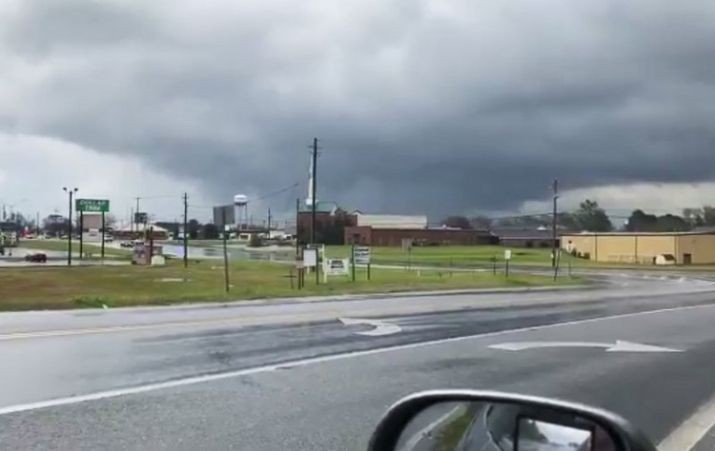 An apparent tornado roaring across southeast Alabama killed at least 14 people and injured several others Sunday as severe storms destroyed mobile homes, snapped trees and scattered destruction and weather warnings into Georgia, Florida and South Carolina. Dozens of emergency responders rushed to join search and rescue efforts in Lee County, Alabama, after appeared to be a large tornado touched down Sunday afternoon.

Authorities warned that the death toll could rise further in coming hours as search efforts continued in the small community of Beauregard and surrounding areas. Jones said the storm's path of destruction stretched for miles (kilometers) through his rural county, and in places was about a fourth of a mile (0.4 kilometers) wide. He didn't have an immediate account of how many were believed missing.

Several people in Lee County were taken to hospitals, "some of them with very serious injuries," Jones said.

After nightfall Sunday, the rain had stopped and pieces of metal debris and tree branches littered roadways in Beauregard. Two sheriff's vehicles blocked reporters and others from reaching the area of greatest devastation. Power appeared out to homes and businesses around the community in southeast Alabama.

Rita Smith, spokes woman for the Lee County Emergency Management Agency, said about 150 first responders jumped in to efforts to search the debirs after the powerful storm hit. She said numerous homes were destroyed or damaged in Beauregard, about 60 miles (95 kilometers) east of Montgomery.

"We've still got people being pulled out of rubble," Lee County Coroner Bill Harris told Al.com on Sunday evening. "We're going to be here all night."

The sheriff and coroner did not immediately return phone messages from The Associated Press.

No deaths had been reported Sunday evening from storm-damaged Alabama counties outside Lee County, said Gregory Robinson, spokesman for the Alabama Emergency Management Agency. But he said crews were still surveying damage in several counties in the southwestern part of the state.