West Bengal / West Bengal: 1 soldier killed, other injured in shootout at Central Forces base in Howrah 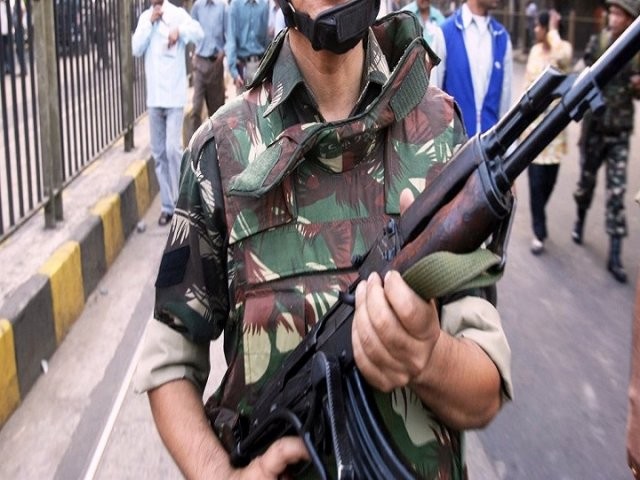 Bagnan (West Bengal): In a shocking incident, an Assam rifle jawan opened fire on his colleagues in which one soldier was killed while another was left injured.  The incident took place at a central force base in Bagnan in West Bengal's Howrah district this afternoon.

The jawans were deployed for poll duty in the region where elections will happen on May 6 in the sixth phase of Lok Sabha elections.

Reports say the deceased jawan, Bholanath Das was from the seventh Battalion of Assam rifles.

The accused has been identified as Lakshmi Kanta Burman. He fired 13 rounds of fire from 2 Insas Rifles.

The temporary camp was set up in Jyotirmoy girls school by the central forces for the ongoing Lok Sabha elections.