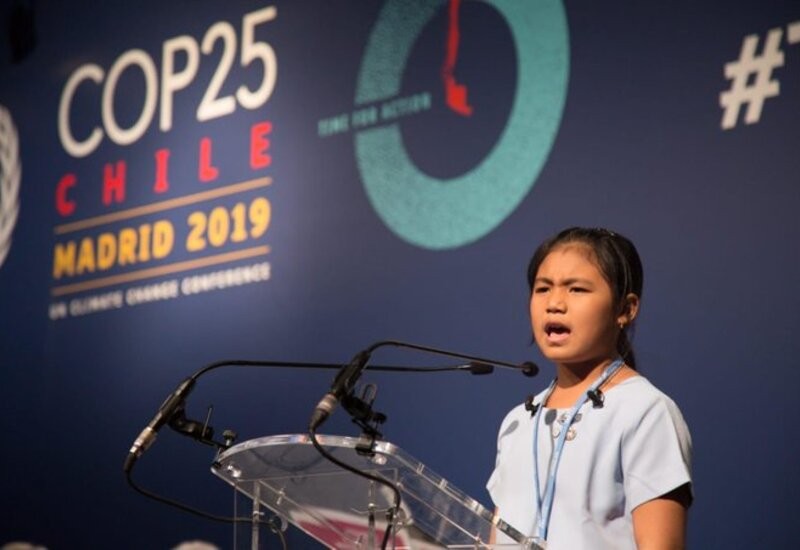 When young Licypriya Kangujam took the stage at COP25 in Madrid, Spain, on Tuesday, there was a brief confusion. The eight-year-old paused for a minute, before stepping back, as an organiser stepped in to help adjust the podium and the microphone to her height.

“I have come here to tell world leaders that this is the time to act, and it is a real climate emergency,” she began confidently. “When I was born, our leaders had already met 16 times in the COP and already knew about the bad effects of climate change.... So why should I come here, why should I speak here? I have to go back to my school, I have to play, I have to study….”

Hailing from Bashikhong in Manipur, Licypriya is one of the youngest speakers at the 2019 United Nations Framework Convention on Climate Change being held in Madrid from December 2.

The climate activist was earlier in the news for spending weeks in front of Parliament with a placard, urging Prime Minister Narendra Modi and MPs to pass climate change law to control and regulate the emission of carbon.

Speaking to The Hindu, Licypriya said it all began at a meeting on disaster risk reductions that she attended at the age of six. The exposure she had there and meeting people who had been rendered homeless following natural disasters motivated her to fight climate change.

And that is when she began her activism. Though her father supported her, her mother initially was not on board as she was worried about her future, said Licypriya. After a year of activism, during which she travelled across the world for various environmental awareness projects, her mother came around. However, she had to drop out of school.

“I am now thinking of continuing my education as it also has equal importance to shape my future career,” she said.

Watching Greta Thunberg, the 17-year-old Swedish climate change activist, had a big influence on her, which was why meeting her on the sidelines of the COP was “really a great moment,” said Licypriya.

“We weren’t really in a great mood when we met though,” she said, explaining that the two were frustrated that their efforts were becoming useless because of inaction by world leaders.

This echoed in her speech at the U.N. too. “Our leaders are busy blaming each other, instead of finding a long-term solution. They are just speaking, and not taking any action. I want our leaders to take more action, otherwise our future would be dying soon,” she said in her speech.

If we spend all the money spending on war on finding environmental answers, ending poverty and giving education then what a wonderful place this earth would be! Plz protect our environment and save our future. ?? pic.twitter.com/vlNakYGr9H

“They must act now. I am coming all the way, thousands of kilometres, by raising funds to tell you adults you must change your way of thinking. Losing my future is not like losing an election or a few points on the stock market. We are your own children and you are deciding what kind of world you are growing up in,” she added.

Licypriya said that she did not get any support from the government for her COP25 trip despite appeals to the Environment Minister Prakash Javadekar, nor had she been able to meet the Minister at the event. Her trip to Madrid was, in the end, sponsored by the Spanish Government and the European Climate Foundation.

Her demands for the Indian government are three-fold: pass a climate law to ensure zero carbon emissions, make climate change a compulsory school subject and ensure that each student needs to plant a certain number of trees to get their degrees. She also plans to sue the Ministry of Environment and the Central Pollution Control Board through the Delhi High Court to find a permanent solution to air pollution. There are plans to open a sustainable residential school for children from war-torn countries too in the pipeline.

Despite her activism, Licypriya’s life ambition betrays her optimism for Earth’s future. She wants to be a space scientist, she said.

That’s great, but why?

“I want to launch a rocket to the moon or Mars to research how we can live there because our Earth will be dying soon.” 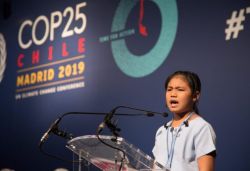