Business / Android Q is coming soon: Face ID, dark mode, downgrading of apps and everything else we know so far 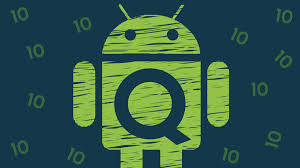 Expected to be called Android Q, Google will possibly release the developer version within a few months and unveil the final build at the Google I/O 2019. Despite the long wait, developers have already gained access to information regarding some features that Android Q will bring to smartphones later in the year. An early developer build had leaked in the wild, giving glimpse of Android Q.

Android Q is essentially supposed to be a more refined version of the Android 9 Pie. After various incidents regarding Android's security compromise in recent times, it is expected that Google will focus more on data privacy and security with Android Q. Additionally, with foldable phones ushering at a rapid rate this year (Samsung and Huawei will show their foldable phones at this year's MWC), Android Q is also supposed to bring compatibility with folding devices with varying screen sizes.

Since it will be a while before Google releases the first developer preview of Android Q, we look at some of the developments that have come to our knowledge so far. Here are the 6 features that we know about Android Q.

Finally! Since OnePlus popularized the concept of an all dark theme on its Oxygen OS a few years ago, people have been demanding dark themes on their Android phones. Especially, with modern smartphones sporting OLED displays, the dark themes make for better power efficiency and are soothing to eyes when using the phone in dark ambience. Apart from these two facts, the dark mode also makes phones look cool. Stock Android is rumoured to get a system-wide dark mode with Android Q, which will be beneficial for Android One device users.

Remember the folding phone at Samsung's Developer Conference in 2018? Samsung said at the time they were working with Google to optimise Android for folding devices. With Android Q, Google will offer native support for a user interface with varying elements. Google's implementation will be focused on smoother and natural animations as well as the transition of apps from portrait mode to tablet mode. Samsung and Huawei will be the first companies to unveil foldable phones this month.

Even though Android phones feature 3D facial recognition for biometric verification, Android doesn't support it by default. That' why Android One devices and Pixel devices don't support face unlock. With Android Q expected to offer face unlock natively, manufacturers won't have to develop additional face unlock systems for devices. Since Google has a great lead over others in terms of photography, we expect their face unlock system will be more secure and fast than conventional front camera-based systems.

If you have used a Samsung phone, you will be familiar with a feature that can run apps in windows. Android Q is expected to support that natively. Users will able to multitask by running an app in a floating window and resize it accordingly for convenience. This will be a great addition to the split-screen feature on current Android phones.

Since Android 6.0, Google introduced a more robust app permission system to Android. With Android Q, Google will go one step further. It is expected that Android Q will offer the option to grant or deny permissions to apps for using clipboard data. This will prevent apps from getting access to copied data without the user's consent.

Have you ever regretted download an app update, which eventually ruins the overall experience? Well, Android Q will offer to downgrade apps to the previous version. Presently, users can downgrade to older versions of Google apps. With this feature, users will be able to roll back to older versions of third-party apps.