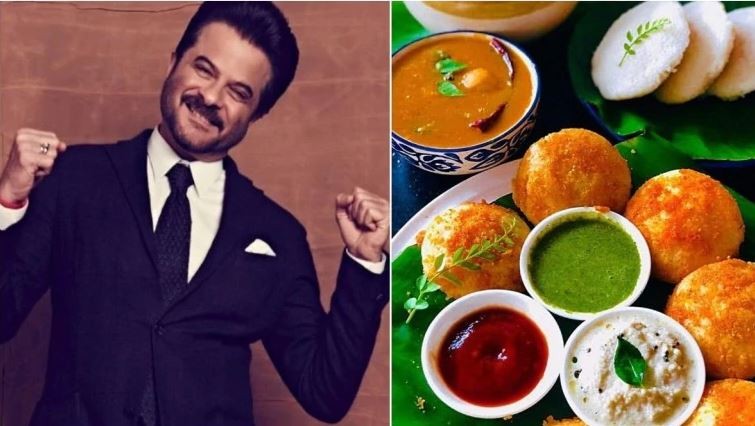 Anil Kapoor is known as the evergreen actor of Bollywood and looks like he has found the secret fountain of youth. The man doesn't age at all! The 62-year-old actor, who has three fully grown children, Sonam Kapoor, Rhea Kapoor and Harsh Varrdhan Kapoor, can easily pass off as their sibling.  Anil Kapoor revealed the secret to his evergreen young and age proof skin and It is South Indian food.

You know it is true.

But the secret to his agelessness has always been a topic of discussion. However, it is not a secret anymore. In a recent interview, he credited his evergreen youth to South Indian cuisine. Gobbling on idli, sambhar and dosa is the key. Now, are you wondering why your dosas and idlis do not have the same effect on you?

That is probably because over the years, the actor has been feasting, in great quantity, on the cuisine that he just declared his love for. Well, to know and further investigate the amount of truth that this statement holds, IndiaToday.in spoke to dieticians including Kavita Devgan, Shalini Singhal and Ankita Gupta.

FERMENTED FOOD IS GOOD FOR BODY

Kavita Devgan totally agrees with Anil Kapoor and his way of living. She said the key lies in fermentation. "As almost every food item in the South Indian cuisine menu goes through fermentation, it is good for health." She added that fermented food items have three really great advantages over other food items. "One, it is easier to digest; your body needs to put in less energy to consume the South Indian cuisine."

Kavita added, "We also know that the majority of the lifestyle diseases emerge from a bad gut, and fermented food fights those diseases."

That is not the case when it comes to food from other regions of India, especially the North India. Most of the North Indian food is not fermented. People in North India eat chapatis or boiled pulses and that food does not have the same effect on our body as fermented food has.

Fermentation is not the only key ingredient in the South Indian cuisine; fermented food cooked in coconut oil is the original game changer, said Kavita Devgan. We all know the benefits of coconut oil. Kavita signed off by saying that all these things are connected: healthy gut, nice skin and good hair. The consumption of South Indian cuisine affects you internally as well as externally. And do not forget the consumption of coconut water: it helps maintain the electrolyte balance in the body.

Another dietician we spoke to was Shalini Singhal. She also gave us an insight into why Anil Kapoor called the South Indian cuisine the secret to his agelessness. Talking about the benefits of South Indian food, Singhal mentioned a few. She said, "These food items are mainly fermented which are healthy for gut microbiota. They are rich in probiotics; especially idli, dosa, uttapam, etc. Fermentation improves digestibility, enhances B vitamins and boosts the immune system."

She also added, "South Indian food like idli, dosa, rice-sambhar are generally a combination of both cereal and pulses, which improve protein quality. To elaborate, both cereals and pulses are low-quality proteins as they have incomplete amino acids but when are mixed, they complement each other and make protein quality superior."

The best part is yet to come. "Food items like sambhar, rasam, avial are low-calorie items as they have lots of vegetables added to pulses and curd. Unrefined coconut and sesame oil used in South Indian cooking are better options for the heart and overall health," said Singhal.

That's not all. "South Indian food is generally accompanied by buttermilk which soothes the gut, is a rich source of probiotics, protein, calcium, potassium, and a little bit of vitamin B12."

Talking about the effects this food has on our skin, Dr Singhal says, "Significant use of coconut in the form of coconut water, coconut milk, unrefined coconut oil and freshly grated coconut certainly are a blessing for the skin. Also, good use of curd and buttermilk add to skin health. Antioxidants in the vegetables, spices and condiments used in the cuisine play a significant role."

When we got in touch with Ankita Gupta, she agreed with Anil Kapoor. She told us, "Most of the foods are fermented, which increases the B12 vitamin levels in food. Vitamin B12 is known to have several health benefits."

She also emphasised on the usage of coconut oil, "Most South Indian food is cooked in coconut oil. It is a rich source of MCTs (medium-chain triglyceride) which are easily absorbed by the body and gives us healthy hair and skin."

While talking in detail about the benefits that the South Indian cuisine has on our appearance, she said, "With the increased usage of antibiotics, chlorinated water, processed foods and increased amount of stress levels, most of us are invariably killing all the good gut bacteria. So there is a constant need of replenishing our bodies with probiotics which we can easily get from fermented food like idli, dosa, appam, etc."

Healthy gut = Healthy mind + body, which ultimately is visible in the glowing skin.

She also said, "Fermentation increases the bioavailability of Vitamin B-complex, Vitamin C and especially Vitamin B-12. It also provides us with gut-friendly bacteria, thereby enhancing the immune system."

The dieticians also told us that at the time of an illness, we should avoid food that is deep-fried which might lead to indigestion problems. 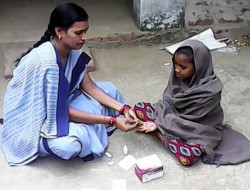