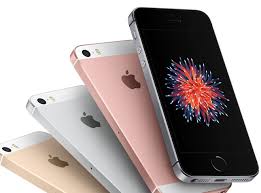 If you are considering buying the iPhone SE, or own the iPhone 6, make note that Apple is reportedly planning to cut iOS update support for these devices in 2019. This is likely to come as a shocker to most of the existing iPhone 5S, SE and 6 users in India and across the world. These devices might not get the iOS 13 update this year.

Considering Apple has been loyal to its fanbase across all series of iPhones, offering them software updates for the longest time, this feels like a move that could disappoint many people.

This possibility was first reported by iPhoneSoft earlier this month, and likely to be confirmed by Apple at the WWDC 2019 keynote on 3 June. The same report suggests that iOS 13 won’t also come to the iPad Mini 2 and iPad Air.

While the decision to drop software support for the iPhone 5S makes sense, it’s hard to justify the reason for iPhone SE and the iPhone 6, both phones that are still selling in countries like India, just because of their appealing prices.

It’s worth mentioning that iPhone 6 is expected to be culled from Apple’s product line up (wherever it is still available), promoting 6S as the entry-level iPhone with support for the latest iOS version.