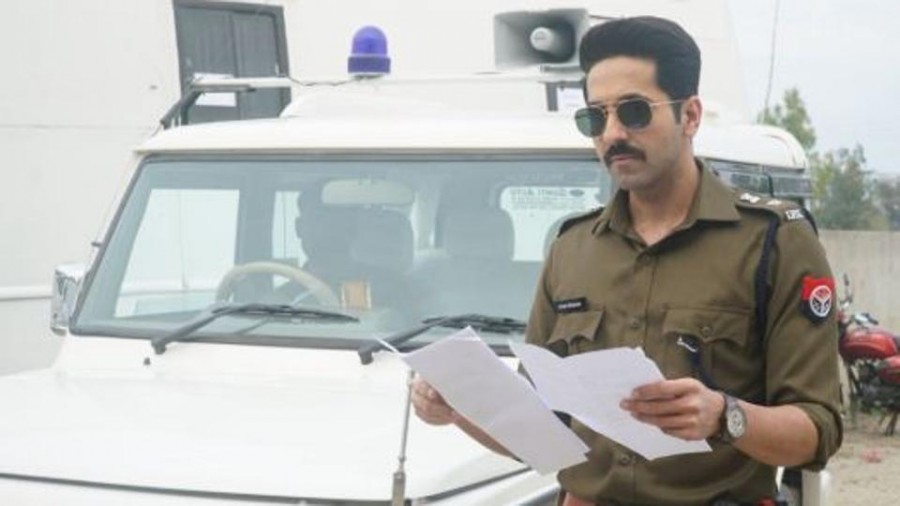 Actor Ayushmann Khurrana’s new film Article 15 opened to a modest beginning at the box office with an estimated collection of Rs 3.50 crores nett, says a report in Box Office India.

As per the report, the film opened better than Ayushmann’s last release Andhadhun and the number it is likely to get on day one could be above Rs 3.50 crore, which is not bad for the film at all.

The film opened to positive reviews and comes with the added advantage that it stars Ayushmann whose last films, Andhadhun and Badhaii Ho were hits. However, the one challenge it will face in the days to come will be from Shahid Kapoor starrer Kabir Singh. The Box Office India reports adds that though Kabir Singh box office collection saw a slight drop on Thursday, it will pick on Friday.

Meanwhile, Kabir Singh’s clout on the box office continues. The film has already crossed Rs 100 crore within a week of the release. As per trade analyst Taran Adarsh the film has made Rs 134.42 crore in India business and should cross Rs 200 crore mark in its second week.

This week’s other release, Annabelle Comes Home, also made an estimated Rs 3 crore nett and is likely to do a little better on Friday, says the report.

Talking about Article 15’s box office prospects earlier, trade analyst Girish Johar told Hindustan Times, “The buzz is quite good about the film. The trailer was hard-hitting and everyone just stood up for what had come across their way. Anubhav Sinha, after what he did in Mulk, is riding a good curve. We all know Ayushmann’s track record -- how he has been selective about films which talk about issues. It is not a mass-entertainer but a thought provoking film for mature audience. Looking at the early reviews that are coming in, it seems to be another good film.”