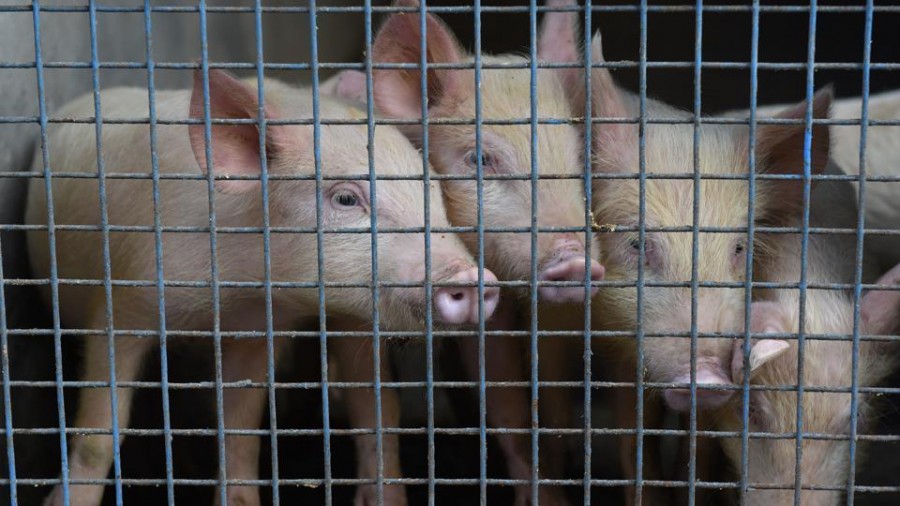 Assam’s biggest religious organization, the 30-lakh-member strong Srimanta Sankardev Sangha (SSS) has landed in a controversy after one of its units banned a family from associating with it for starting a pig farm.

An SSS unit in the state’s Biswanath district on Tuesday wrote to member Balendra Nath, informing him that his family will be kept out from the unit because Nath’s 23-year-old son, Indrajeet, started a piggery on the outskirts of his village some months ago to earn a livelihood after failing to get a job.

“The unit’s decision has come as a shock to us,” Nath said. “Our family is being punished for trying to make an honest living. The move has basically made us outsiders in our own village.”

Nath is worried because the ban order could possibly lead to a social boycott of his family by all other members of the local unit of the SSS.

Indrajeet had graduated in 2017 and worked as a security guard in Bengaluru for nine months, before returning to his village in Assam to start something on his own.

Rearing of pigs isn’t common among non-tribal Assamese, especially the majority population to which the Nath family belongs, since pigs are considered ‘unhygienic’. But even though only some communities relished pork till some decades ago, the meat is fast gaining in popularity, especially among young people.

The North-east consumes three lakh tonnes of pork every year, of which it produces only 1.3 lakh tonnes. It imports the rest of it from other parts of the country. Of India’s annual pork production of 4.6 lakh tonnes, two-thirds is consumed in the North-east.

But for members of the majority population in Assam such as Balendra Nath and his family, starting a piggery is neither easy nor encouraged because pigs are considered unhygienic.

Indrajeet may have been inspired by the North East Progressive Pig Farmers Association (NEPPFA), a year-old platform for providing scientific training on piggeries to address unemployment and bring together pig farmers in Assam. The NEPPFA has more than 200 members in Assam, Arunachal, Meghalaya and Nagaland.

“The Sangha has the right to take such a decision only if it has better ideas on how to encourage self-employment among our youth,” says NEPPFA President, Manoj Kumar Bosumatary.” Or else they should just shut up and let youth do whatever makes them financially secure.”

Insiders claim that the SSS allows its members to eat but not rear chicken, while pork is an absolute no-no. Reportedly, members are neither allowed to rear pigs nor eat their meat, and can be expelled for violating that norm.

But SSS office-bearers staunchly deny the existence of any such rules.

“Our organization doesn’t have any rule against members starting pig or chicken farms. The local unit may have taken a move based on some specific issues in that village. We have sought a reply from them within a week and will take a call on the matter after that,” said SSS chief secretary, Babul Bora.

Formed in 1930 with the intention of promoting the teachings and beliefs of Srimanta Sankardev, a saint-reformer-scholar who lived in Assam five centuries ago, SSS also runs a cooperative society which has provided more than Rs 5 crore to date to members for setting up small businesses, building houses, buying cars , conducting weddings and as medical assistance.