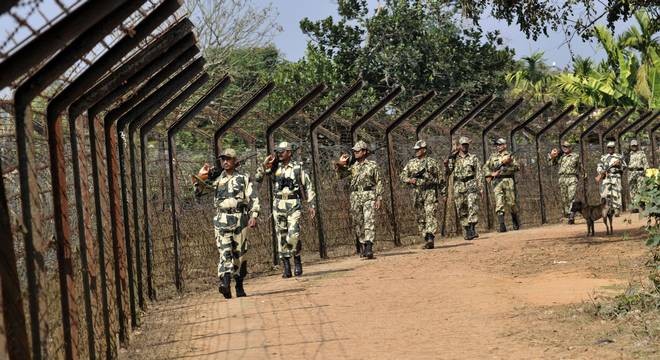 The Narendra Modi government designated Jamaat-ul-Mujahideen Bangladesh (JMB) as a terrorist group this month after intelligence inputs suggested that its leaders in Dhaka have joined hands with the Pakistan-based Lashkar-e-Tayebba (LeT) to expand the group’s activities in India. JMB’s chief Salaudin Salehin, through its official media “Al-Ehsar” has already announced the terror group’s India chapter JMH for expansion of its jihadist activities in India.

According to senior home ministry officials, the JMB had plans to make permanent bases within 10 km of the India-Bangladesh border (on the Indian side) in the districts of West Bengal, Assam and Tripura.

The terror group, which espouses the ultra-hardline ideologies of the Islamic State, has also been spreading its network in South India with the overarching motive of establishing a Caliphate in the Indian sub-continent.

This was revealed during the interrogation of Jahidul Islam, who along with his 12-member action team was arrested in connection with the 2018 Bodhgaya blast.

According to Islam, who hails from Bangladesh, Gaya and other iconic Buddhist centres in India were the intended targets of the JMB as a part of their revenge for the Rohingya crisis in Myanmar and to express solidarity with Rohingya Muslims.

Interrogation reports accessed by the Hindustan Times reveal that JMB cadres have increasingly been using madarasas in Burdwan and Murshidabad districts of West Bengal for training of their militant cadres.

According to a home ministry report, the JMB has spread rapidly in Assam with the terrorist group organizing capsule courses under the cover of Tablighi Jamaat, a proselytising group, to train local Muslim youth and radicalize them.

The report says that in mid-2016 JMB chief Salaudin directed some of his cadres to impart bomb training to Samim of Assam and Maulana Yusuf of Bardhaman at Dhubri in Assam. The JMB group assembled for training in Dhubri but were prevented from doing so by local Muslim house owners. Five cases were registered in Assam against the JMB.

The JMB’s network is especially active in all Muslim majority districts of Assam and in West Bengal as these areas are close to their strongholds in northern and north-western Bangladesh. Activities of JMB have also been noticed in Jharkhand, especially Sahebganj and Pakur district. The group uses cross-border matrimonial alliances as a way to establish bases in India.

The terror network of JMB, which has also been banned by UK, came to light after an accidental bomb blast in Burdwan on October 2, 2014, in which two JMB jihadists were killed and another injured. Even after the crackdown by central security agencies, four JMB cadres of Bangladesh origin were arrested by Kolkata special task force in July 2018.

Interrogation of the accused revealed that they were using India as a base to procure arms and ammunition through local dealers to destabilize the Sheikh Hasina regime in Dhaka.