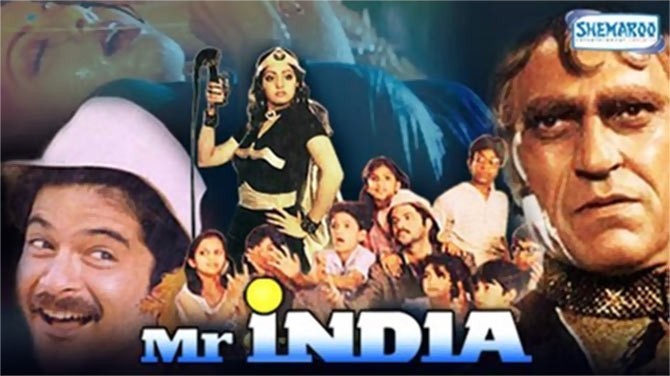 Filmmaker Boney Kapoor has confirmed planning a Mr India reboot and has expressed that after the death of wife and superstar Sridevi, he has more reason to do so. The 1987 cult classic starred Sridevi opposite Boney’s brother Anil Kapoor and featured late Amrish Puri as the iconic villain, Mogambo.

Talking about the project, Boney told Mid-Day in an interview, “The idea is to create a reboot first, and then, make a franchise of it. It needs to be made more contemporary. We have a basic structure in mind. We haven’t decided on a timeline yet, but intend to make it soon.”

Boney also highlighted how the film contributed in bringing about a change in Sridevi’s image. He said, “While Sri was considered a glamorous star earlier, the audience’s perception of her changed after Mr India — then on, she was seen as a powerful actress. Anil too became more legitimate a performer with the film. After Sri, I have even more reason to make the film now.”

The producer is also open to the director and the cast of the original joining the reboot. “If Shekhar is free, he can direct it. The cast and crew made the film what it was, and if anyone from the original line-up wants to be part of it, they can join us again,” he said.

Anil had kicked off the rumours of uniting with Shekhar Kapur for Mr India sequel by sharing a picture of his meeting with the director. He had captioned the pic, “Discussing the look for the next Mr India 2, or another movie together? You tell them Anil,” Shekhar teased. Anil wrote back: “Feels like deja vu! Shekhar and I are deep in discussion about something new and super exciting! We’re hoping to create the same magic we did before with Mr. India.”

A day before, Anil had shared a collage of pictures to mark 32 years of the film and pay a tribute to late action master Veeru Devgan who died on Monday . He wrote with it, “#MrIndia was made iconic by its children friendly action scenes & Veeru’s Midas touch. I want to dedicate its 32nd anniversary to the man who made these unforgettable moments possible. #VeeruDevgan was an amazing man & I’m lucky to have worked with him. He is sorely missed.”