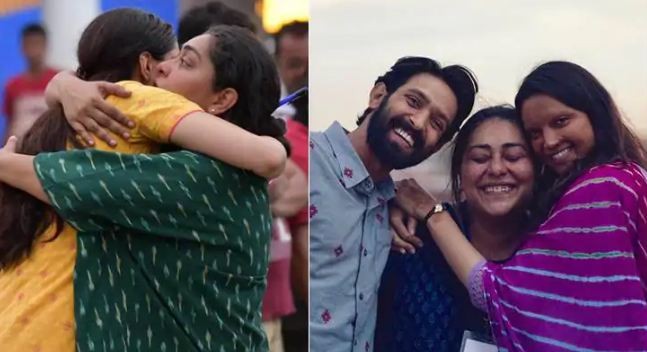 Meghna Gulzar’s next directorial Chhapaak presents the story of acid attack survivor Laxmi Agarwal. The film has Deepika Padukone playing the lead role of Malti. The film, also starring Vikrant Massey, has wrapped up its shoot in just 43 days and will release in the theaters on January 10, 2020.

After wrapping the shoot of the movie, Meghna spoke at length about Deepika’s character to Mumbai Mirror. She said, “There is Malti, and then there is Deepika who became Malti. Malti’s presence on screen reflects the expression in Deepika’s eyes and on her face which comes through the prosthetics. For me, Malti is Deepika and Deepika is Malti.”

The filmmaker also revealed it was not easy for Deepika to sit through two hours of prosthetics to get into the skin of Laxmi but the struggle that happened behind the camera never showed on camera. “But you won’t see all that she went through behind the scenes on screen. And that’s the most beautiful part,” added Meghna.

Applauding the work of the prosthetic designer who made Deepika’s character of an acid attack survivor look so real and explaining her idea of giving her lead character an authentic look, Meghna said, “I didn’t want people to watch this film with their eyes shut, the idea was not to create Laxmi’s face on Deepika but something that would be Deepika’s face had it been scarred the way Laxmi’s was.”

Meghna, after completing the shoot of the movie, shared adorable pictures with the cast and crew of Chhapaak. The one which had Deepika and Vikrant wrapping their arms around her was shared with the caption, “And we wrapped #chhapaak. Malti… Amol… I will carry you with me. Thank you for your faith and for pouring yourself into our film!”

The film has been bankrolled by Fox Star Studios, KA Productions and Mriga Films.