World / "Curb Terror Funding By October, Or Else...": Global Body Warning To Pak 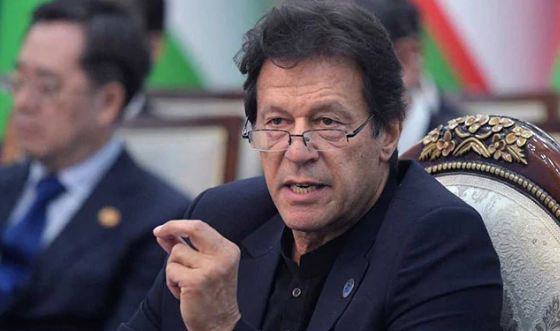 The Financial Action Task Force (FATF) has issued a strong warning to Pakistan, stating that the country could be blacklisted unless it fulfils an "action plan" against UN-designated terrorists operating on its soil by October, highly placed sources in the Indian diplomatic team said on Friday.

Although China came to Pakistan's rescue on the matter, it did not oppose the final language of the warning issued to the country. The global watchdog has already put Pakistan on its "grey list" of countries with inadequate controls over curbing money laundering and terrorism financing. But if it is blacklisted by the FATF, Pakistan stands the risk of facing global sanctions.

"The FATF strongly urges Pakistan to swiftly complete its action plan by October 2019, when the last set of action plan items are set to expire," the FATF said in a statement. "Otherwise, the FATF will decide the next step at that time for insufficient progress."

India and other member countries of the FATF have charged Pakistan with failing to take concrete action against Hafiz Saeed, Maula Masood Azhar and other UN-designated terrorists, pointing out that its anti-terror law still remains out of sync with standards set by the international body.

"It's a serious anomaly that Pakistan's anti-terror law still remains out of sync with FATF standards and also the latest UN resolution 2462, which calls for criminalising terrorist financing. We have pointed this out regularly at plenary sessions," a senior officer told NDTV.

Several FATF members have also raised the issue of no cases being registered against Pakistan's resident UN-designated terrorists, including Hafiz Saeed and Azhar Masood. Although Pakistan contends that it has done enough by seizing over 700 properties belonging to the Lashkar-e-Taiba, Jamaat-ud-Daawa, Falah-i-Insaniyat Foundation and the Jaish-e-Mohammed, India and other FATF members have pointed out that seizures do not necessarily indicate compliance.

"The FATF has asked Pakistan to explain why it is yet to investigate other aspects, such as the source of funding of their bodies," another official said. "Pakistan has not shown any action against terrorist assets - including armouries, weapons, explosives and camps - either. The FATF has sought action and detailed reports in this regard."

FATF meetings were held in Orlando, Florida, from June 16 to 21.

In June 2018, Pakistan was placed on the "grey list" and presented with a 27-point action plan by the FATF. This plan was reviewed at the last plenary in October 2018 and for the second time in February, when the country was retained in the "grey list" after India submitted new information on Pakistan-based terrorist groups.

If Pakistan continues to remain in the "grey list", it would risk being downgraded by the International Monetary Fund, World Bank and Asian Development Bank, besides facing negative assessments by credit rating agencies such as Moody's, Standard & Poor's and Fitch.

This will add to the financial burden of Pakistan, which is seeking aid from all possible international avenues to overcome a slump in economy.