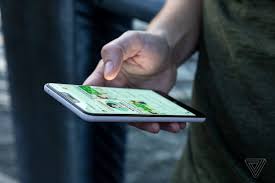 Digital Wellbeing is a feature that was introduced at last year’s Google developer conference (Google I/O) which primarily revolves around monitoring the time spent by a user on the smartphone.

The feature keeps a track on the usage trends and patterns and also recommends to users how much time they should be spending on the app.

According to a story in The Verge, many users have reported that the Digital Wellbeing feature is causing their Pixel smartphones to slow down. Over the last couple of weeks many Pixel users have complained that the feature has unwanted side effects of slowing down the device.

As per an active thread on Reddit the phone’s performance gets better once the feature is turned off.

This theory was originally brought to light by Reddit user Trueray17 almost a week ago where later he seemed to have fully resolved the performance issues with the phone.

On one side there are users who say that the phone’s performance has improved after shutting the feature down, but there are a few who don’t seem to be convinced.

Just FYI, the Digital Wellbeing feature does not affect the performance of the phone. It just keeps running in the background and tracks all the applications you have been using. It collects the data and then shares a report with users on how much time they spend on each app.Google also introduced another update to the Wellbeing feature called Focus Mode which lets users allocate time slots for each app. The update was introduced at this year’s Google I/O.