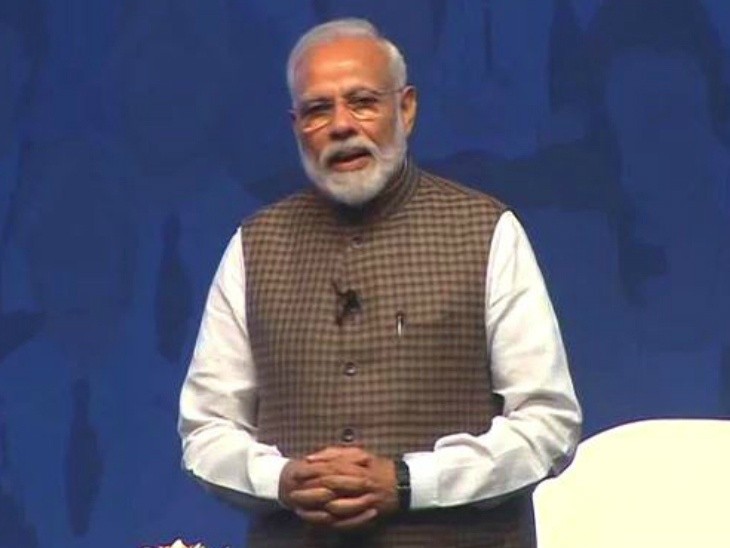 Prime Minister Narendra Modi held an interactive session, on 31 March, Sunday, with all the people from across the country who had pledged their support to the ‘Main Bhi Chowkidar’ campaign.

As part of the event, he is addressing a crowd through a video conference and will interact with people from nearly 500 places across India, digitally.

Several Union ministers will be attending the campaign in person at various locations, reported The Times of India.

Ahead of the event, Modi had tweeted, saying that it would be a historic event that should not be missed.

He added that he was sure the community of vibrant professionals, especially youngsters, would enliven the programme with their presence.

During his interaction with citizens, Modi said, “The country does not need rajas and maharajas. It makes me happy that the spirit behind ‘chowkidar’ is expanding. For me, a chowkidar is a representative of Mahatma Gandhi's concept of trusteeship.”

Speaking on Balakot air strikes, he said, “I have complete trust on the armed forces. I have trust on their ability and discipline, and what they can achieve.”

Referring to Vijay Mallya’s comment on the state of Indian jails, Modi said, “When the British lodged someone like Mahatma Gandhi in Indian jail, then are we going to give defaulters a better jail?”

Speaking about his plans for the next five years if he comes to power, Modi said, “In the last five years, I put all my strength to do away with what was lacking, to fulfil the necessities – from toilets, electricity, roads, trains to buses – and the next five years will be about addressing the ambitions and aspirations.”