Technical / Google Pixel 3a and 3a XL Launch in India, Prices Start at Rs 40K 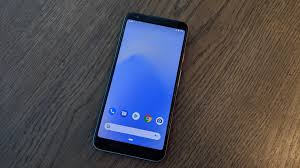 Google has made sure that Android Q isn’t the only big announcement at Google I/O 2019 this week. This is the first time Google has launched a phone, that too a Pixel phone, the 3a series at the developer conference.

This is pegged as the so-called affordable alternative to the flagship Pixel series, but with prices starting from Rs 39,999 people might start questioning where the affordable part is with the 3a. The phones, 3a and 3a XL will be available later this month. Both online and offline sales are expected to be the chosen route.

Still want to know more about the Pixel 3a series? Read here to find everything about it.

Pixel 3a and 3a XL gets 5.6-inch and 6-inch Full-HD+ screen with 1080 pixels resolution. Google has decided to stick with the design language of the Pixel 3, which is why you can see thick bezels on the side, top and bottom as well.It’s running on Android P for now, but is likely to get an update for Android Q pretty soon, and will get security updates for the next three years, as Google has promised for its Pixel line up.

If the design isn’t impressive, you might find the hardware to underwhelming as well. Both the phones are powered by Snapdragon 670 with 4GB RAM and Google is variants limited to 64GB only. This decision, along with not offering standard dual-SIM option could be deal breaker for buyers.

However, unlike the Pixel 3 XL, the Pixel 3a gets a 3.5 mm audio jack, which is a feature many would welcome.

The hardware itself is known for being a reliable workhorse, but it would be unfair to compare its strength with the Snapdragon 800 series. Which means, expect the Pixel 3a to manage the daily tasks with ease, heavy-duty gaming might not be a good idea.But Google is putting all eggs in one basket, that is camera prowess. We’ve all seen and praised Google Pixel 3 for its imaging skills and now the search giant is bringing it to the Pixel 3a also. It gets the same 12-megapixel sensor with f/1.8 aperture as on the flagship Pixel phones

The only thing it misses out is the visual core chip, but you can still make use of both optical and electronic image stabilisation for clicking pictures and shooting videos. The results are there to be seen, and during our time with the Pixel 3a we saw that the imaging quality is close to the output from its big brother.

The details in the image is pretty close to what the original Pixel 3 XL offers and this might appeal to buyers who want a quality camera without splurging anywhere close to Rs 60,000.

But with the OnePlus 7 series launching in few weeks, consumers and even Google might find it hard to market the Pixel 3a series as an affordable flagship.