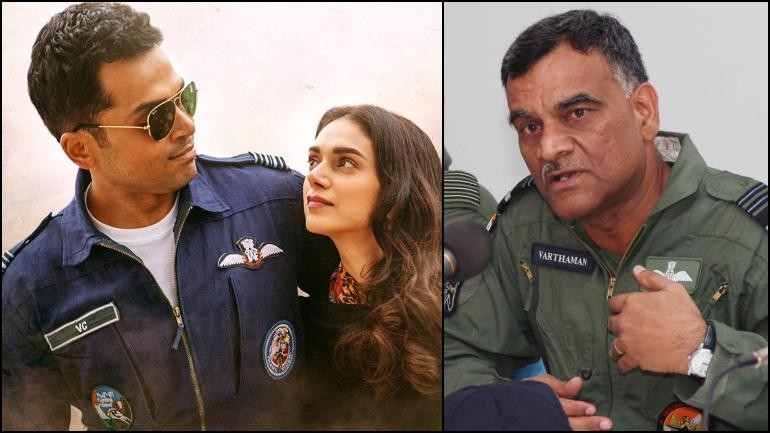 In Kaatru Veliyidai, Indian Air Force Squadron Leader Varun Chakrapani advances into enemy territory during the 1999 Kargil War. His fighter jet is shot down. He is captured by the Pakistan Army in Rawalpindi. He is swiftly taken by Pakistan as a Prisoner of War and subjected to torture. In Pakistan custody, Varun begins thinking of his days with Leela, played by Aditi Rao Hydari in the film.

The tensions between India and Pakistan are at an all-time high after IAF Wing Commander Abhinandan Varthaman went 'missing in action' on Wednesday morning. Over the past few hours, discussions and debates on all forms of media and social media have been centred on only one point: Bring Back Abhinandan.

People all over Twitter, Facebook, WhatsApp and Instagram have been posting messages urging Pakistan to return Abhinandan safely. Voices from Pakistan too have echoed India on social media.

On Wednesday afternoon, Ministry of External Affairs spokesperson Raveesh Kumar said in his media briefing, "The Pakistan Air Force was detected and the Indian Air Force responded instantly. In that aerial engagement, one Pakistan Air Force fighter aircraft was shot down by a MiG 21 Bison of the Indian Air Force. The Pakistani aircraft was seen by ground forces falling from the sky on the Pakistan side. In this engagement, we have unfortunately lost one MiG 21. The pilot is missing in action. Pakistan has claimed that he is in their custody. We are ascertaining the facts."