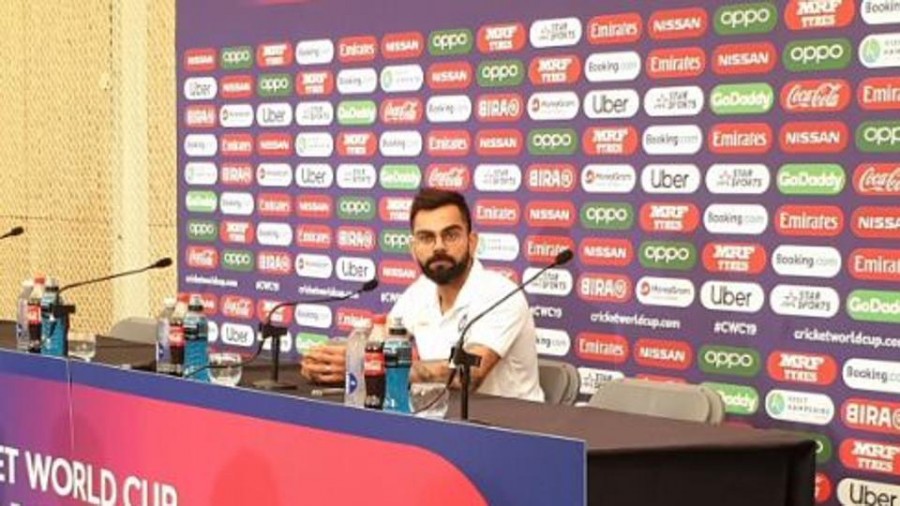 Team India is set to make its presence felt at cricket’s showpiece event come Wednesday as Virat Kohli and his boys get ready to open their ICC World Cup campaign against South Africa at Southampton. India are the last team to play their first match and have spent considerable amount of time, getting ready in the nets.

Captain Virat Kohli addressed the media on the eve of the match and when asked about the learnings from the 2017 Champions Trophy campaign, when India lost in the final to Pakistan, Kohli said that the team is better placed now and also revealed the reason for the same.

“Lessons from the Champions Trophy - is to play the cricket we know how to play. In the final, the better side won. We have plugged the gaps. We brought in wrist spinners to take wickets in the middle overs. We are a stronger side than Champions Trophy side,” Kohli said while elaborating on the success that the duo of Yuzvendra Chahal and Kuldeep Yadav have had.

“The first week has been a gradual progress. A couple of lopsided games, a couple of one-sided games. There is a lot to learn about composure. The teams that are more composed have better chances of winning games, have better chances of handling pressure. We need to bring our experience into play to make better decisions tomorrow. The team that can handle pressure better will win the tournament,” the Indian captain added further

Chinaman bowler Kuldeep made his ODI debut immediately after the Champions Trophy and has since been the highest wicket taker in the format across teams, picking up 87 wickets in 44 matches at an economy rate of under 5 runs per over.

Leg spinner Yuzvendra Chahal too has been an effective ally of Kuldeep’s and the duo will be expected to play a big role in India’s campaign.