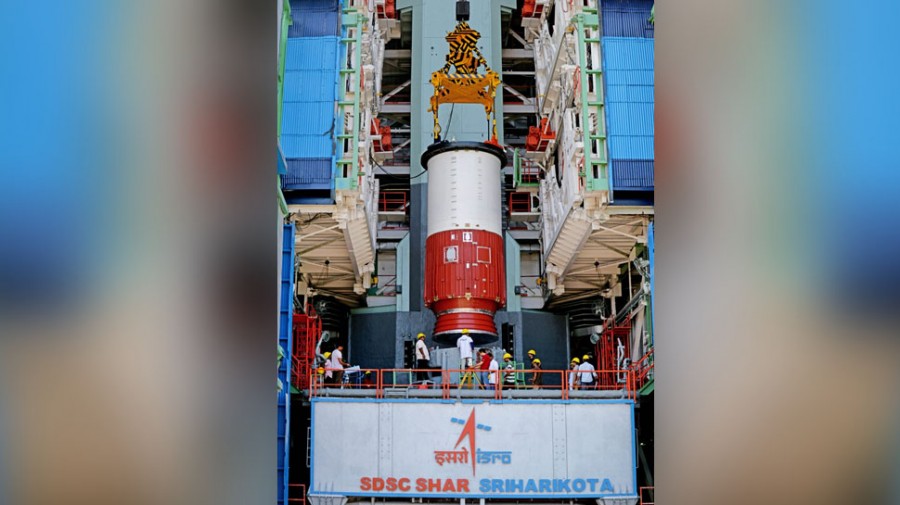 Indian Space Research Organisation (ISRO) Chairman K Sivan on Tuesday visited Lord Venkateshwara in Tirupati on the eve of launching of PSLV-C 46 satellite. The country's premier space agency is set to launch PSLV-C 46 from Sriharikota in Nellore district of Andhra Pradesh on Wednesday. Earlier on Tuesday, Sivan took model of PSLV-C 46 to the temple and special 'pooja' was performed by Tirumala temple authorities for success of mission. Talking to media, the ISRO chief said that Chandrayan 2 mission is also on track.

It may be recalled that few days ago, ISRO had announced RISAT-2B, a radar imaging earth observation satellite, will be launched by PSLV-C46 on May 22. The launch will take place from Satish Dhawan Space Centre in Sriharikota, Andhra Pradesh, at 5.27 am IST, subject to weather condition. "PSLV-C46 set to launch RISAT-2B from Satish Dhawan Space Centre in Sriharikota at 0527 Hrs IST on May 22, 2019, subject to weather conditions," ISRO had tweeted.PSLV-C46 is the 48th mission of PSLV. It will launch RISAT-2B from the First Launch Pad (FLP) of SDSC. According to ISRO, PSLV-C46 is the 14th flight of PSLV in 'core-alone' configuration (without the use of solid strap-on motors). This will be the 72nd launch vehicle mission from SDSC SHAR, Sriharikota and 36th launch from the First Launchpad. RISAT-2B will be placed into an orbit of 555 km at an inclination of 37 degrees.