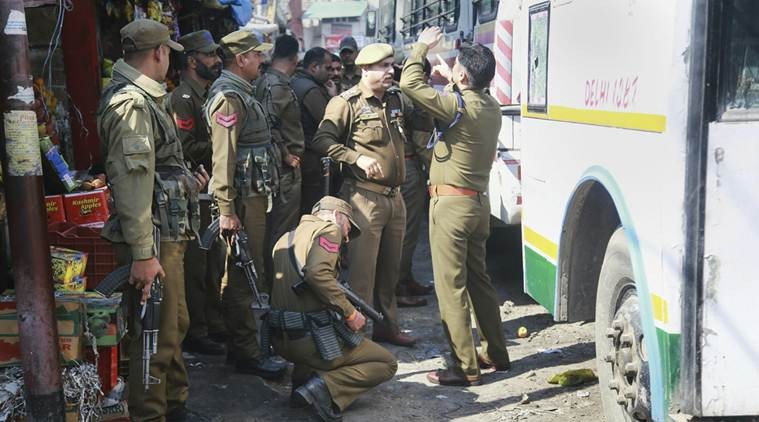 Two people have now died from injuries they suffered on Thursday in a grenade explosion at a crowded Jammu bus stand. The death of Mohammad Sharik, 17, who police said succumbed to splinter injuries, was reported soon after the blast rocked central Jammu. Now, another injured man has died. The police rushed to the blast site with sniffer dogs and forensic experts and launched a search operation.

That man, Yasir Javed Bhat, tried to flee the city but was arrested in its outskirts, Sinha said.

Over 30 people were injured in the explosion -- the third at the bus stand since May last year. Those wounded include 11 people from the Kashmir Valley and ten from Jammu, the police said.

The police rushed to the blast site with sniffer dogs and forensic experts and launched a search operation.

Based on eyewitness accounts and CCTV footage, Jammu checkpoints were asked to look for a suspect wearing jean jackets and carrying a red rucksack, MK Sinha said.

"One team led by Sub-divisional police officer Nagrota during checking at Ban toll plaza found this boy who was going out of Jammu and was apprehended," he said.

Yasir Javed Bhat confessed to having carried out the attack, he said.