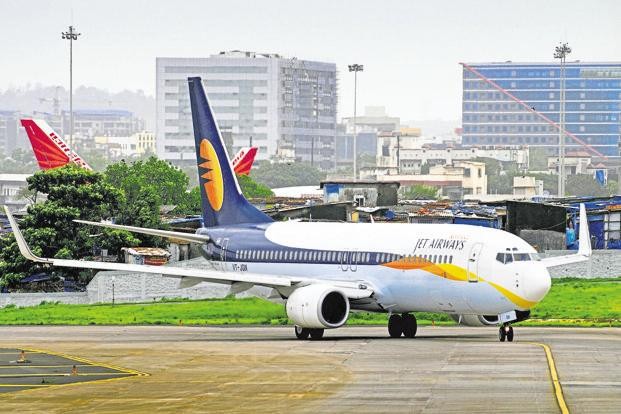 Jet Airways shares dropped as much as 8 per cent on Friday, extending their fall to a fifth consecutive session. On the Bombay Stock Exchange (BSE), Jet Airways share price fell to as much as Rs. 124.25 apiece in morning deals, marking a fall of 7.86 per cent from its previous close of Rs. 134.85.

On the National Stock Exchange (NSE), the Jet Airways stock fell as much as 6.89 per cent to hit Rs. 134.25 apiece at the day's weakest point, compared to the previous close of Rs. 125. Jet Airways shares had hit a 52-week low on Thursday.

Struggling with a debt of more than $1.2 billion, the cash-strapped airline owes money to lessors, suppliers, pilots and oil companies. Till Thursday, Jet Airways shares had declined 44.18 per cent since the airline temporarily suspended its flight operations on April 17.