Mumbai / Kangana Ranaut took a dig at Ranbir Kapoor for staying apolitical, here’s how he has reacted 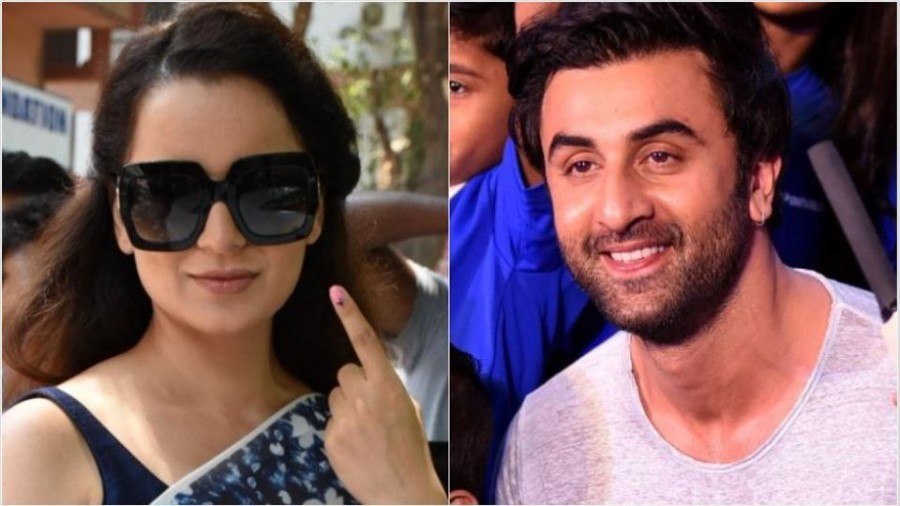 Actor Kangana Ranaut recently took a dig at Ranbir Kapoor for not sharing his opinion on political matters and the latter Saturday said he has no interest in reacting to the Queen actor’s claims.

Kangana had called out Alia Bhatt and Ranbir for maintaining silence on social and political issues. “Whatever anyone’s asks me I do answer it. I don’t have any interest in giving answers to these questions. People can say whatever they want. I know who I am and what I say,” Ranbir told reporters here at an event.

Kangana was interacting with the media at the success party of Manikarnika - The Queen of Jhansi in March when she launched an attack at Ranbir. When asked if she planned to join politics or to participate in an election campaign, Kangana said: “I don’t have any intention to join politics or an election campaign of a political party. Many people feel that I want to enter politics but that’s not true. There are few actors in our industry like Ranbir Kapoor where he has been seen talking in an interview that ‘We have regular supply of water and electricity at my home so, why should I comment about politics?’ But I feel because of this country’s people you are living in your luxurious home and you are travelling in your Mercedes so, how can you talk like that? This is irresponsible behaviour and I am not that kind of person.”

In a 2018 interview, Ranbir was asked why he shied away from making political statements. The actor replied that he doesn’t follow politics since it makes no difference to his life. He added that since he lives in a luxurious life and has complete access to basic needs like water, and electricity, he was fairly satisfied.

“If talking about politics can hamper my career then let it be. I also have regular supply of water and electricity at my home but that doesn’t mean that I will not talk about other issues. This has to change and the media should change that,” Kangana had said. Kangana had also said that both Ranbir and Alia are too old to be called young actors.

Meanwhile, reacting on the demise of veteran acting coach Roshan Taneja, Ranbir said he was deeply saddened. Taneja passed away Friday night after prolonged illness. He was 87.

“He is such a great legend of our industry. He had taught acting to my father. Before I had started working on Sawaariya I had done some classes with him. He was a great talent. He was a boon for our film industry. May his soul rest in peace,” Ranbir said.