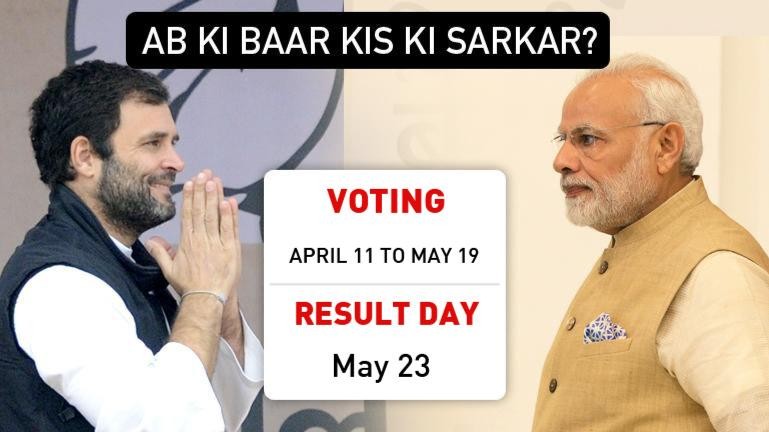 The 2019 Lok Sabha dates are out. Voting will be conducted in seven phases for the Lok Sabha election 2019. The first phase of voting will take place on April 11 while last phase will be held on May 19. The results of the election will be announced on May 23. Around 900 million or 90 crore  people have been registered as voters for the 2019 general election. These include 1.5 crore new voters in age group 18 to 19.

Here is how the voting will take place:

In a 100-minute press conference in New Delhi, Chief Election Commissioner Sunil Arora said that around 900 million -- or 90 crore -- people have been registered as voters for the 2019 general election. These include 1.5 crore new voters in the age group of 18 to 19.The overall electorate of around 900 million is 84.3 million more than the number of people recognised as voters during the 2014 Lok Sabha election. Similarly, the number of polling stations will go up by around a lakh to 10 lakhs, the Election Commission said as it announced the Lok Sabha election dates.

Also, in a first, pictures of candidates will be displayed along with party name and party symbol on Electronic Voting Machines (EVMs).

Soon after the announcement, Prime Minister Narendra Modi tweeted: "The festival of democracy, elections are here. I urge my fellow Indians to enrich the 2019 Lok Sabha elections with their active participation. I hope this election witnesses a historic turnout. I particularly call upon first time voters to vote in record numbers."