Entertainment / Mind the Malhotras is a slice-of-life series: Mini Mathur and Cyrus Sahukar 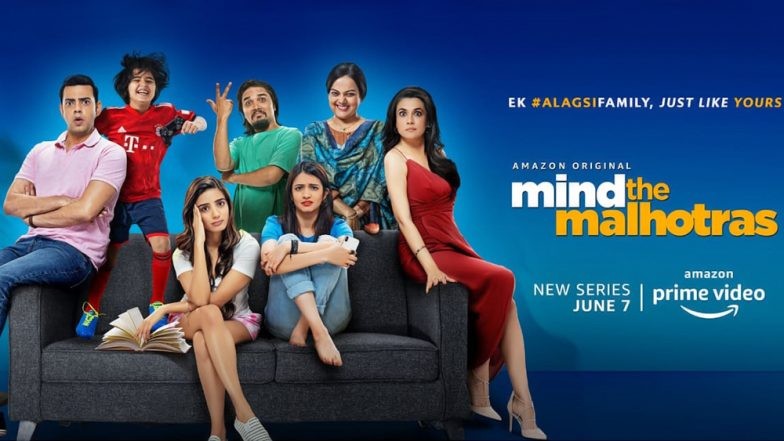 Best friends Cyrus Sahukar and Mini Mathur are all set to star in Mind the Malhotras. The actors play a couple who fear that their marriage might end in divorce, just like their friends, and hence, decide to seek therapy. The Amazon Prime Video original has been directed by Sahil Sangha and Ajay Bhuyan. The situational comedy is based on Israeli show La Famiglia.

Ahead of the release of their web series, Cyrus Sahukar and Mini Mathur sat down for an exclusive chat with indianexpress.com. Being good friends for years, their chemistry is infectious. The actors also shared that their bonding helped them work in a much easier and smoother way.

Excerpts from the freewheeling conversation:

From what we have seen in the trailer, Mind the Malhotras seems to be a laugh riot. How did you guys manage to shoot with a straight face?

Cyrus: There are times when comedy comes out of serious situations. Like in our show, the characters are normal people who are not finding the situation comical. It’s only the people watching who will laugh at it.

Mini: The characters are actually very normal and have issues which all of us face. It is just that we have presented it in a light way. The jokes and punches were integrated well, so it became funny. Also, Cyrus is a spontaneously humourous guy, so there were times when the crew couldn’t stop laughing. Everyone was in splits while the director tried hard to get us back to work (laughs).

Cyrus: But we don’t really know if they were laughing with us or at us.

The show talks about a couple seeking therapy. In India, therapy is still considered either an alien or elite concept. Do you feel the audience will be able to relate to the content?

Mini: India has always been in therapy. Earlier we didn’t pay for it but rather went to friends and family with our issues. They would usually say ‘adjust kar lo, all these things happen’. And then we went to people, who were biased, and made you feel you are always right. The human race is such that it has to confide to another. That’s how we are. And yes, recently, the elite and urban have realised that it’s better to reach out to a professional, who won’t judge but will listen to you. But it’s a very relatable subject.

Cyrus: I think there is a serious lack of therapists. The problem is we usually go to our friends, who are our age group and have made the same mistakes. Their advice depends on the same trauma. As for parents, they help according to their experiences. I think the need for therapists will dramatically increase. There is a shortage of this kind of conversation. And through our show, at least the stigma will go away. Also, going to a professional doesn’t mean you are cuckoo bananas, as therapy is not only during bad times.

Mini: Yes, even in this show, the couple wants to pre-empt the disaster. They are in love and want to be together. They want someone to listen to the issues they have with each other and so go to the therapist.

Mini, although you have been in the industry for a long time, this is your first full-fledged role. Do you feel the web has finally opened acting doors for artistes like you?

Mini: Absolutely. I have had a successful stint as a TV host but never did anything on an individual basis. In films, if not the heroine, you would get to play a sidekick, a weird maa or a blind sister. TV was all about naagin, bhagwan and kitchen politics. I was not convinced that I could do that. With digital media, there is space for different stories and characters. There is a role tailor-made for every actor.

Why should the audience watch Mind the Malhotras?

Mini: It is a first of its kind. The entire family can come together to watch it. Mind the Malhotras is clean and fun. It is a slice-of-life story of common people.

Cyrus: This is one show which will lead to no negotiation, as the entire family will agree to watch it. It is not too long. It is very light and easy watch, and as Mini said, a slice-of-life show.