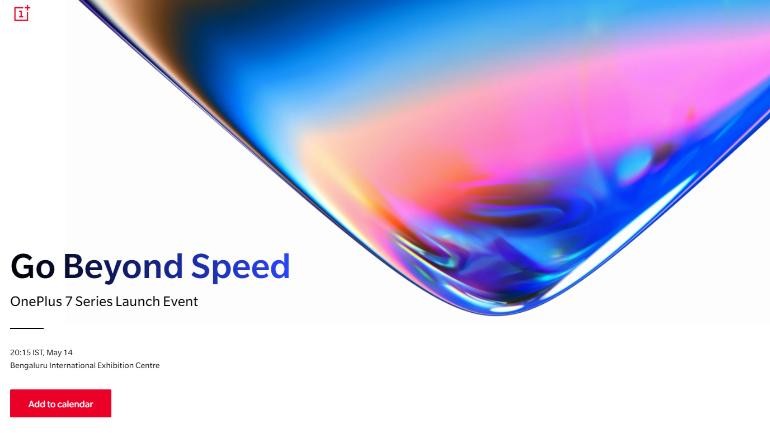 OnePlus is going to announce its OnePlus 7 series on May 14. OnePlus is expecting an attendance of close to 8,000 people for the launch event. Those who buy OnePlus tickets also get gift hampers containing OnePlus products. OnePlus is expected to offer some class-leading features such as 90Hz AMOLED display with curved edges and no notch, a pop-up selfie camera, and a triple rear camera setup.

Apart from giving entry to the launch event, previously we saw that those who buy OnePlus tickets also win the tickets holders gift hampers containing OnePlus products from the company. Mostly, the value of gifts OnePlus gives its fans is more than the price they pay for the ticket. The attendees at the OnePlus 7 launch event will be among the first ones to try the phone, or rather phones.

The OnePlus teaser for the upcoming launch doesn't reveal much about the phone but it highlights how number 7 has been important for humans. For example, there are 7 wonders in the world, and OnePlus hints that it wants its Number 7 to be special.

For those who may not be able to make it for this launch event, OnePlus will be live streaming the event on YouTube.

While OnePlus is keeping mum about the details of the OnePlus 7 series phones, the leaks and speculations have suggested that there will be two devices this year- OnePlus 7 and OnePlus 7 Pro. The standard OnePlus 7, as OnePlus CEO Pete Lau suggested, will be an upgrade to the OnePlus 6T while the OnePlus 7 Pro will be a premium flagship device. OnePlus is expected to offer some class-leading features such as 90Hz AMOLED dis