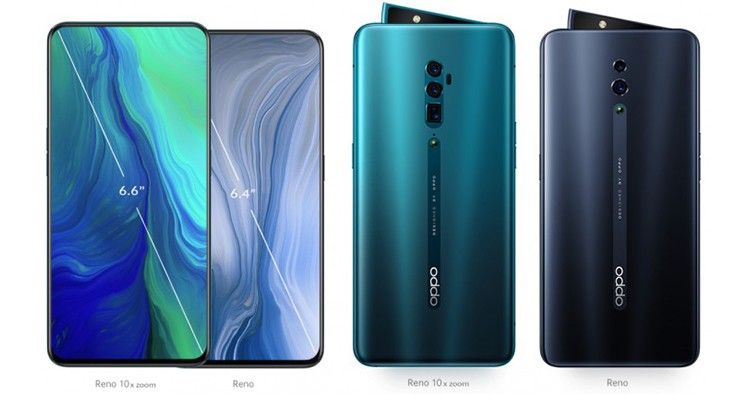 According to the report, the phone is priced at Euro 190 (around Rs 15,000) and it will be available in Ocean Green and Jet Black colour options. The Reno Z is powered by Snapdragon 710 processor and features a vertical strip on the back which includes the logo, LED flash and two camera sensors.

The Oppo Reno Z features a 6.4-inch Full HD+ AMOLED display with 2340×1080 pixels resolution and 19.5:9 aspect ratio. The phone has a waterdrop-style notch on top and features an in-display fingerprint sensor.

While the leaks suggested a MediaTek Helio P90 processor on the Reno Z, the phone is reportedly powered by Qualcomm Snapdragon 710 processor (same as Oppo Reno) paired with 6GB of RAM and 128GB of internal storage.

The phone features a dual camera setup at the back carrying a 48MP Sony IMX586 primary sensor and a 5MP depth sensor. The front camera on the Reno Z is a 32MP selfie shooter.

The phone features a 3,950mAh battery with support for Oppo’s 20W VOOC 3.0 Flash Charge technology. The Oppo Reno Z features a 3.5mm headphone jack and it runs ColorOS 6 based on Android 9 Pie.