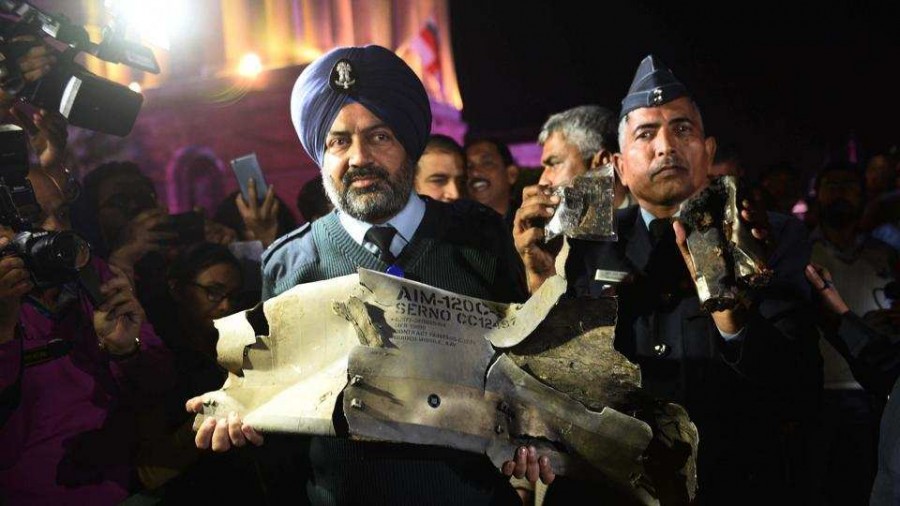 The dogfight between Wing Commander Abhinandan Varthaman, flying a Russian made MiG-21 and a Pakistan Air Force US made F-16 over the skies of the Nowshera in Rajouri District of Jammu Province on Wednesday lasted just 90 seconds, a senior Indian Air Force (IAF) officer said on condition of anonymity. The 90 seconds will perhaps go down in the history of aircraft encounters.

In the 90 seconds, the Pakistani fighter fired two US AMRAAM missiles and an aging MiG-21 shot down a fourth generation F-16 fighter — a feat that will go into the history books considering the asymmetry between the two fighters. Soon after, the MiG, piloted by Wing Commander Abhinandan Varthaman was shot down.

The AMRAAM missiles are beyond visual range missiles, which means they can be fired from a stand-off distance. They are also all- weather and day and night capable missiles. Parts of the AMRAAM missile were recovered by India and made public in a press conference in New Delhi.

“Only F -16 aircraft can fire AMRAAM missiles. These have been used in violation of conditions imposed on Pakistan by the United States when these were sold,” a second senior IAF official who did not want to named said.