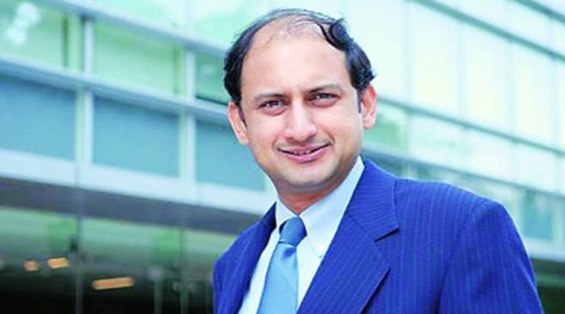 Viral Acharya, Deputy Governor of the Reserve Bank of India, has resigned, said sources. Mr Acharya's reported exit comes six months after his former boss Urjit Patel stepped down as governor of the central bank amid speculation of a rift with the government. The exit also comes at a time gross domestic product (GDP) growth in the country has hit a five-year low, and less than two weeks ahead of the presentation of a full-year Budget by government in Parliament.

Mr Acharya is returning to New York University Stern School of Business in August instead of February next year, Business Standard newspaper reported.

He was appointed as one of the four deputy governors at the central bank in December 2016, after Urjit Patel was promoted to be the governor.

The RBI had in December last year denied speculation about Mr Acharya also leaving early after the then RBI Governor Urjit Patel stepped down.

Mr Patel stepped down as governor in December 2018 amid growing differences with the government over a range of subjects including the central bank's autonomy.

Shaktikanta Das was appointed governor shortly after Mr Patel quit, with the RBI reversing its tight monetary policy stance since then.

NS Vishwanathan, a deputy governor whose term is due to end in the first week of July, is likely to stay on for another term, the Business Standard report said.

Michael Patra, executive director at the RBI, and Sanjeev Sanyal, principal economic adviser at the Ministry of Finance, are among possible successors to Mr Acharya, it noted.

Mr Acharya had in a speech in October last year more needed to be done to ensure effective independence for the central bank in its regulatory and supervisory powers, after government officials called for the central bank to relax its lending restrictions on some banks.

"The risks of undermining the central bank's independence are potentially catastrophic," he had said.

Mr Acharya, who had three of his fellow deputy governors in the audience, also thanked then RBI Governor Mr Patel for his "suggestion to explore this theme for a speech".