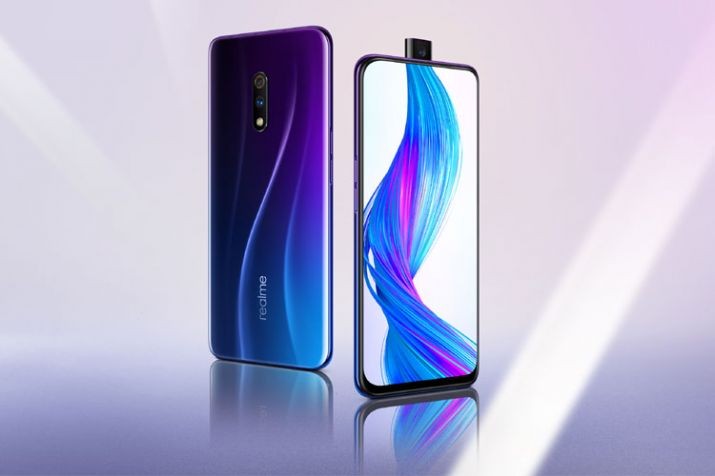 According to Madhav Sheth tweet, "With Sky Li our global CEO and the amazing team! That marks the start of our journey in China.  #RealmeX is coming soon to India :) #PopupCamera #48MP".

The Realme X specs were revealed in China but yet remains to be seen if the company will be launching the phone this month or in coming time.

The Realme X comes with a 6.53-inch AMOLED display with HD+ resolution and gets a notch less design with 91.2 screen-to-body ratio. Powering the phone is the Snapdragon 710 processor with 8GB RAM and 128GB internal storage. The phone runs on ColorOS 6.0 on top of Android 9 Pie and also supports the in-display fingerprint sensor.

It holds a dual rear camera panel that includes a 48 Megapixel Sony IMX586 primary sensor with f/1.7 aperture and a 5 Megapixel secondary camera. For selfies, it uses a 16-megapixel Sony IMX471 pop-up selfie camera with f/2.0 aperture. It houses a 3,765mAh battery that gets 20W VOOC 3.0 Flash Charge technology support.