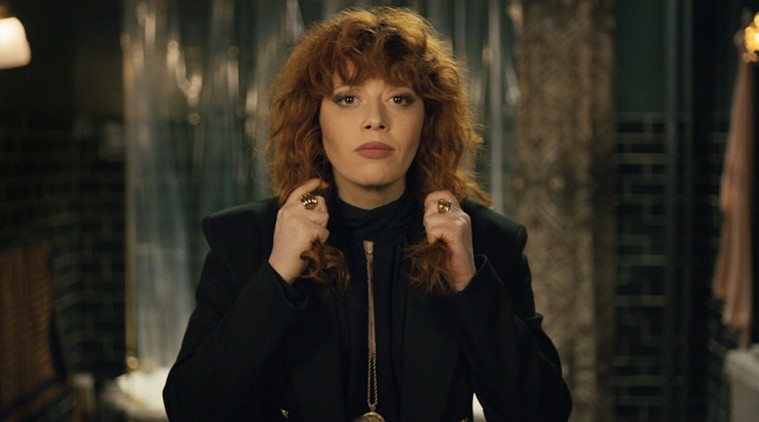 This is one of the biggest mysteries that humans have pondered over for ages, and yet, no one has a definitive answer to this. Netflix’s Russian Doll asks the same question and then pushes you deep into the black hole. The trailer shows just enough to get us hooked. She keeps dying and keeps reliving the moments leading up to her ‘new death’.

Russian Doll is Netflix’s best in 2019 so far. The show is a perfect mix of comedy, existentialism, eeriness, with some great music (Harry Nilsson’s “Gotta Get Up” will get stuck in your head). The eight-episode series is layered like a traditional Russian Doll with each layer being taken apart as the story unfolds in multiple timelines.

In the first three episodes, much like Nadia, we are puzzled with the events happening to her. Methodically, she tries to articulate as to why she is stuck in a death loop. She questions the joint she has been smoking, the staircase of the apartment building is declared a death trap in her head and even Oatmeal, her cat, feels like an omen of death. But the tone dramatically shifts after she meets Alan (Charlie Barnett) at the end of episode three as he, too, is stuck in a death loop.

While Nadia’s approach to solving the death loop is logical and scientific, which the show attributes to her tech background, Alan finds this to be a morality issue. He sees this loop as a curse for being a bad person, but she sees it as a bug that needs to be fixed. As the two move forward in trying to decode this mystery, the series introduces us to their emotional baggage that has a haunting sense to it, especially the scenes with Nadia’s childhood.

Russian Doll asks the viewer to decipher the codes but does not give an answer to the mystery of life (or death). Instead, it allows you to interpret the signs. Alan is introduced in the first episode itself, and it makes for smart writing when the same moment is revisited in a later episode. The rotten fruit that’s still ripe inside, the missing mirrors, the disappearing people, the people who appear multiple times (customers in the deli, party guests) are all easter eggs that make you think about the puzzling nature of the show long after you are done watching it.

The homeless man Horse, professor Mike, deli owner Farhan, therapist Ruth, Alan’s ex-girlfriend Beatrice, Nadia’s ex-boyfriend John change gears depending upon the narrative they feature in but their basic traits stay intact. The overlap of Nadia and Alan’s stories bring these two narratives together, and the show finds itself in a new space as they both realise that they don’t want to be alone in this loop that might last forever.