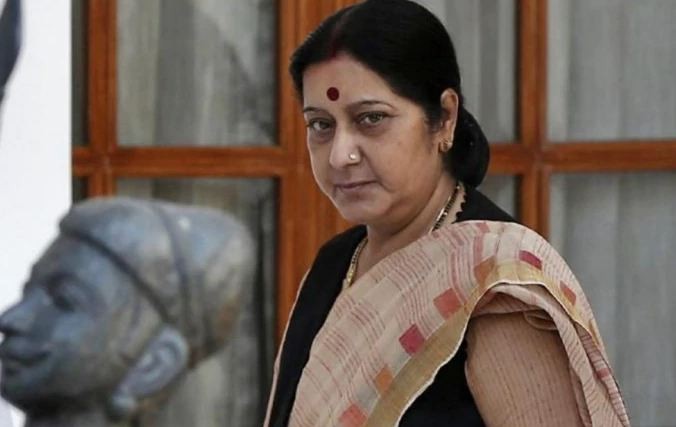 Former External Affairs Minister Sushma Swaraj on Saturday announced that she has moved out of her official residence which is 8, Safdarjung Lane in New Delhi.

Sushma Swaraj also said that she would no longer be accessible on earlier addresses or phone numbers.

In a tweet, Sushma Swaraj said, "I have moved out of my official residence 8, Safdarjung Lane, New Delhi. Please note that I am not contactable on the earlier address and phone numbers."

Sushma Swaraj did not contest the 2019 Lok Sabha elections and chose to sit out of the government this year on account of her health.

In the tweet, Sushma Swaraj said, "Prime Minister, you gave me an opportunity to serve our countrymen and overseas Indians as the Foreign Minister for five years and personally, also, gave me respect throughout my tenure. I am very grateful to you. I pray that our government becomes very successful."

Sushma Swaraj was an important link between the government and the people. Many political observers viewed Swaraj as a challenger to Modi in the initial months of the government.

However, she adjusted to the role and gave the external affairs ministry a human face for the first time. She was the troubleshooter for any Indian stuck anywhere abroad.

She took personal interest in resolving minor issues like issuance of visa to the needy and getting relief to Indians in distress. She built an Indian human capital abroad and the response was an outpouring of support for the Modi government from the non-resident Indian community.