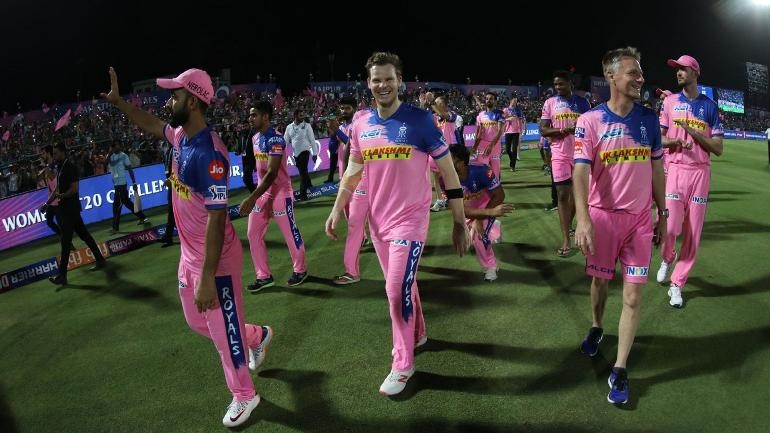 Steve Smith, who had missed the IPL in 2018 due to his ball-tampering ban, returned to the Royals this season and scored 319 runs in 12 matches at an average of 39.87 which also included three half-centuries.

Smith also took over the captaincy from Ajinkya Rahane after the first 8 games due to Rajasthan's poor record in the initial stage of the tournament this season.

The change in leadership made a significant difference for the Royals as they won three matches out of five in which Smith was the captain while their last game against Royal Challengers Bangalore got washed out due to rain in Bengaluru on Tuesday.

Smith wrote a heartfelt message for his team as he bid adieu to the IPL and Rajasthan Royals.

"Thank you @rajasthanroyals for the last 7 weeks. I've enjoyed every minute of this ipl and I'm glad to be involved with such a great franchise with so many wonderful people. Good luck in Delhi boys!" Smith wrote on social media.The match at the M Chinnaswamy stadium on Tuesday night was reduced to five overs per side due to rain which delayed the start by over 3 hours in Bengaluru. Royal Challengers rode on captain Virat Kohli's 7-ball 25 to post 62 for 7 in 5 overs.

They would have got to an even bigger target had it not been for Rajasthan leg-spinner Shreyas Gopal, who took a hat-trick to stem the flow of runs after RCB got off to a flying start scoring 23 runs in the first over bowled by Varun Aaron.

The Royals were 41 for one in 3.2 overs when the rain returned to the Chinnaswamy with Sanju Samson (28 off 13) being their top-scorer.

The no result keeps Royals mathematically alive in the tournament as they have 11 points from 13 games with one match to go.

RCB got a point from the called off game, taking them to nine points from 13 games, ending all their hopes of progressing in the tournament.