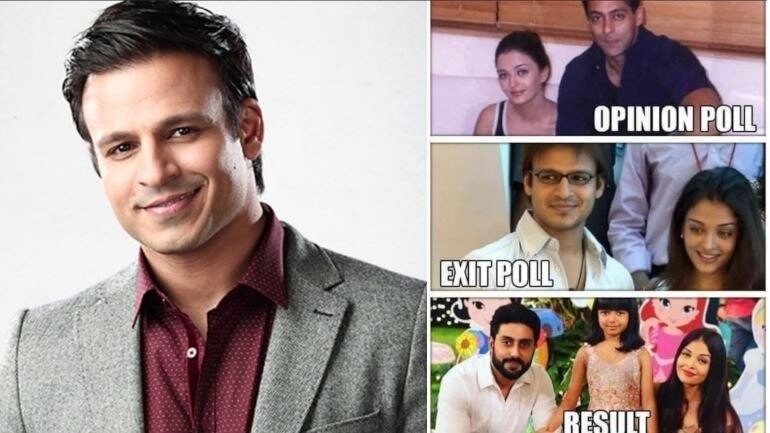 Vivek Oberoi's distasteful joke has got the actor in some serious trouble. After facing backlash on Twitter for posting a tasteless meme about Salman Khan and Aishwarya Rai Bachchan's age-old affair back in 2002, and comparing it to the ongoing elections, the Saathiya actor has now been served a legal notice by National Commission For Women (NCW).

Earlier on Twitter, NCW chairperson Rekha Sharma not only called Vivek Oberoi's tweet "distasteful" and "disgusting", but also said that a legal notice will be served to the actor.

The Krrish 3 actor brought up the fact that Aishwarya had once dated Salman Khan (calling it opinion poll), but later moved onto him (exit poll) and finally settled down with Abhishek Bachchan (the end result).

As soon as Vivek shared the tweet, he was torn apart on Twitter for unnecessarily degrading a woman. If some called him a "loser", others expressed anger over his insensitive tweet.

Even actress Sonam Kapoor, who is currently in Cannes, called Vivek's tweet "disgusting and claseless."

For the uninitiated, the Salman-Aishwarya-Vivek triangle had made headlines back in the early 2000s. It was on the sets of Hum Dil De Chuke Sanam that Aishwarya and Salman fell in love. But after dating for a while, their relationship ended on a sour note. Aishwarya, then, found love in Vivek Oberoi. Though Aishwarya never openly admitted to being in a relationship with Vivek, the Company actor openly did.

It was in 2003 that Aishwarya ended her relationship with Vivek Oberoi after his infamous press conference.

While Aishwarya married Abhishek Bachchan in 2007, Vivek tied the knot with Priyanka Alva in 2010.